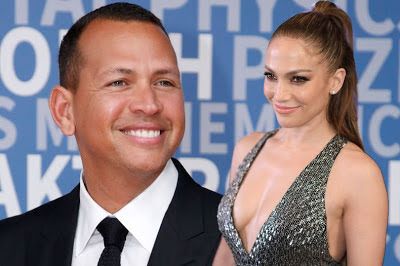 
Alex was spotted at one of the star's Las Vegas shows last month, and they've also reportedly spent time together in Miami while she records her album.

Alex lives in Miami with his two daughters, but also has a home in Los Angeles.

A source told E! News: "This is very, very new. It's not serious at all. J-Lo is just dating.

"Jennifer and Alex are both not looking for a relationship, just a good light-hearted time. They are on the exact same page."

Alex recently split from tech tycoon Anne Wojcicki, while Jennifer, 47, was linked to Canadian rapper Drake until earlier this year.

Last month, the actress and singer opened up about her dating life during an appearance on Ellen.

"There's this thing, because I dated Beau [her backing dancer Casper Smart], and he was younger, and he was the first guy I ever dated who was younger than me, but then I got labelled right away.

While speaking about her brief romance with Drake, she added: "We did a song together. We were not writing a song right at that moment. We were just hanging out. Actually, he sent me a song that he wanted me to be on, and then I got on the song, and yeah, we have a song together."

Jennifer has eight-year-old twins Max and Emme with ex-husband Marc Anthony.
at 3:53 PM