Lady Gaga steps in for pregnant Beyonce at Coachella 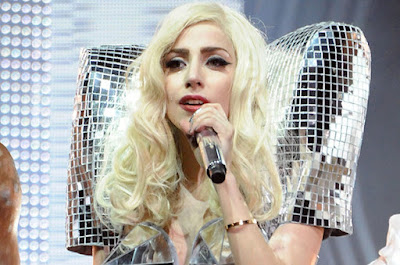 Lady Gaga has stepped in to replace the pregnant Beyonce at Coachella, ensuring that the premier music festival has a woman headliner for the first time in a decade.


Coachella, one of the most lucrative music events in the world, late Tuesday posted an updated lineup with Lady Gaga now the headliner on April 15 and April 22.

“Let’s party in the desert,” Lady Gaga, who will offer a glimpse of her upcoming world tour, wrote on Instagram as she shared Coachella’s new poster.

Coachella takes place over two consecutive weekends with identical lineups in the desert of southern California, where up to 200,000 people flock each year for an extravaganza of music, fashion and partying.

Beyonce had been due to headline Coachella each Saturday alongside British experimental rockers Radiohead on Fridays and acclaimed rapper Kendrick Lamar on Sundays.

But Coachella last week said Beyonce had been obliged to cancel on doctors’ orders as she is expecting twins with her husband, rap mogul Jay Z.

Coachella would have been the sole concert this year by Beyonce and ticket resale prices for the sold-out festival had slumped immediately after her cancellation.

While Beyonce has been increasingly experimental in the past year, Lady Gaga — famous for her attention-grabbing outfits — turned to a more classic pop sound on her latest album “Joanne.”

Lady Gaga put on a well-received, acrobatic-intense performance in February during halftime of the Super Bowl — the most widely watched television event each year in the United States.

A week later she took an entirely new approach as she transformed into a metalhead at the Grammy Awards for a performance with Metallica.

Lady Gaga is set to start a world tour on August 1 in Vancouver, with dates scheduled across North America and Europe through the end of the year.

Coachella has not had a woman as one of the nights’ headliners since Icelandic pop diva Bjork in 2007.
at 1:25 PM