PSG given the chance for Barcelona Champions League revenge 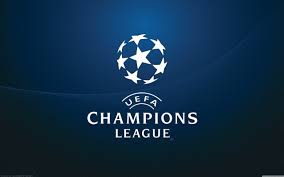 Paris Saint-Germain have set a new date with Barcelona in the Champions League, though it is not, perhaps, the one that president Nasser Al-Khelaifi would have wished.


The Parisians’ female team has progressed to the semi-final of the women’s competition, where they will start as favourites to eliminate the Catalan outfit.

It represents an opportunity for revenge for PSG, whose male team was humiliated by the Spaniards earlier this month in their version of the event.

A 4-0 first leg win seemed to have the French champions through to the quarter-finals, yet they were the victims of a controversial 6-1 defeat at Camp Nou in a match that featured numerous contentious refereeing decisions that went against Unai Emery’s side.

Now the French have an opportunity to restore some of their wounded pride, having beaten Bayern Munich 4-0 at home in the second leg of their quarter-final to secure a 4-1 aggregate victory.

Meanwhile, Barcelona booked their place in the last four with a 3-0 win over two legs against Rosengard.

The team to beat, however, remains Olympique Lyonnais, who are the defending champions. They were pushed hard by Wolfsburg but eventually won through 2-1 on aggregate, while they will face the winners of Manchester City and Fortuna Hjorring, who meet on Thursday in England, with the hosts holding a 1-0 advantage.
at 2:39 PM