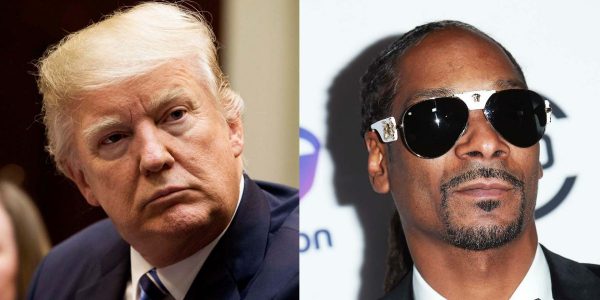 US Rapper, T.I has taken to twitter to defend Snoop Dogg who was recently blasted by Donald Trump, saying he’s a legend and threw harsh words at the president.


Recall that, Snoop Dogg had earlier mocked Donald Trump in a controversial music video for his new song, where the US president was ridiculed as Ronald Klump and painted as a clown.

In the video, Snoop made a mock assassination attempt at the US president. He had ‘Klump’ painted as a clown, points a gun at him, shoots the gun, but instead of a bullet, it only shoots out a small ‘Bang’ flag.

President Trump, who obviously was not pleased by the video, took to twitter to fire back at Snoop, saying Snoop has a failing career and compared what Snoop did to him to the outrage that it would have caused if the same had been done to former President Obama. 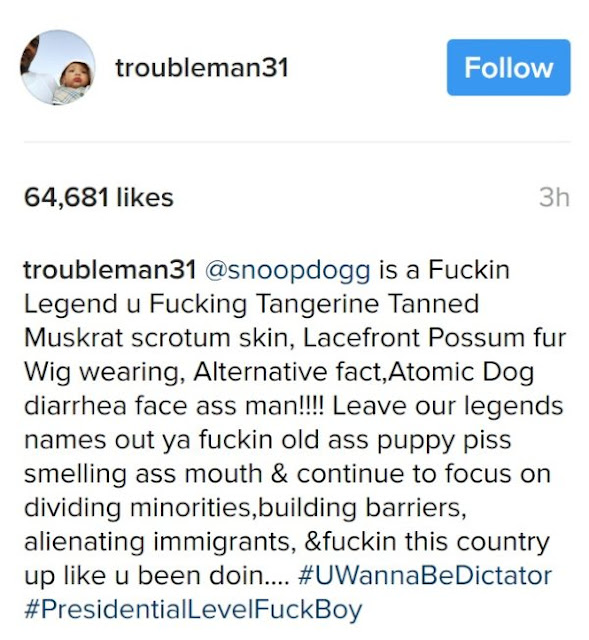