Why Barcelona vs PSG referee will not be suspended – UEFA 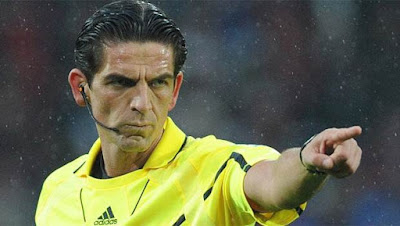 UEFA president, Aleksander Ceferin, has said that Deniz Aytekin, the referee who officiated Paris Saint-Germain’s 6-1 loss to Barcelona in the Champions League will not be suspended for his performance.


PSG had reportedly written to UEFA last week, to complain about Aytekin’s refereeing.

But Ceferin said there would be no sanctions for the referee.

“We will not suspend the referee from that match, referees are not suspended,” he said.

“When something doesn’t go well, we discuss it – but it is not a matter for suspension.

“That would be like suspending a player who missed a penalty kick when he should simply go to the bench if he misses many penalty shots.”

Barcelona were trailing 4-0 from the first leg and were awarded two penalties at the Camp Nou, as they overturned the four-goal deficit. One of them given for Marquinhos’ foul on Luis Suarez was particularly controversial.