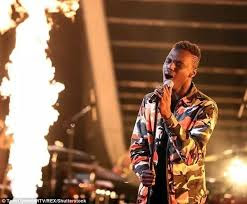 Mo who works in a hotel beat fellow contestants: Michelle John, Jamie Miller and runners-up IntoThe Ark with his rendition of Iron Sky which had all judges turning their chairs.

His victory left him in shock while his mentor,Jennifer Hudson immediately burst into tears of joy as the result was announced. Mo said:

'Thank you everyone at home, just want to say thank you to Jennifer and all the coaches.
'An amazing thank you to the most phenomenal person I have ever met, thank you Jennifer.' 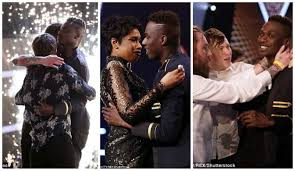 Apart from winning The Voice, the singer also won a record deal with Polydor Records and the company congratulated him via their Twitter account.
“CONGRATS TO @imjustcalledmo FOR WINNING THE VOICE UK! We'll be seeing you soon,” they wrote.
Below is the video of his rendition of Iron Sky.

Email ThisBlogThis!Share to TwitterShare to FacebookShare to Pinterest
Labels: Entertainment, Nigerians in Diaspora