An heartbroken Davido mourns as his uncle, Senator Isiaka Adeleke; is buried in Osun state

David Adeleke popularly known as Davido, has revealed that he is “heartbroken” over the death of his uncle, Senator Isiaka Adeleke. The Senator representing Osun West, passed away on Sunday morning at Biket Hospital in Osogbo, the state capital, after reportedly suffering from heart attack. Davido, who has been quiet since his uncle died, took to Instagram on Monday morning to express sadness over the incident. 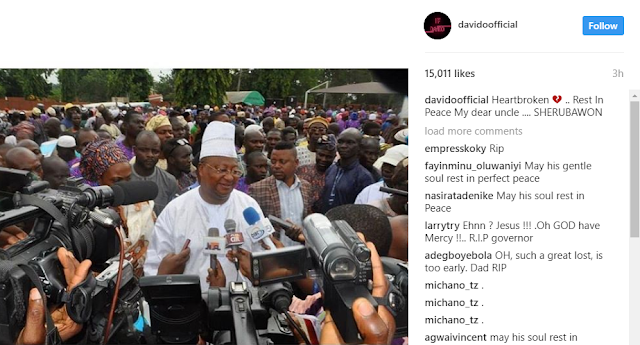 The deceased is the brother of Davido’s father, Adedeji Adeleke.

Senator Adeleke, who had been a member of the National Assembly since 2007, was planning to run for the governorship election in Osun state in 2018.