The first runner-up in the Big Brother Naija reality show, Bisola who found out on Sunday that fellow contestant and her love interest, Thin Tall Tony (TTT) in the house was married jokingly told Ebuka the show's host that she will kill Tony if the wedding band she saw on his finger meant he's married. 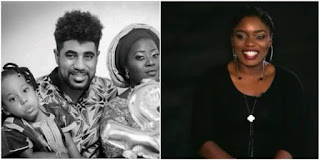 Well, the beautiful of one released an interview to formally address the issue. According to her, she never thought of continuing her romance with Tony after leaving the house, though she feels betrayed. She
called him a good actor, and also said she hopes his family is doing great.

Watch the video after the cut: