Ace comedian, Francis Agoda, known as I Go Dye is splashing a whopping N1 million in support of Big Brother Housemate, Efe, who is among the last five housemates gunning for the ultimate prize of N25 million. 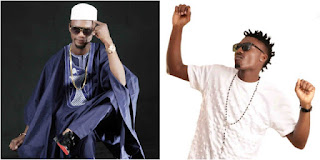 The news was shared in an instagram post by Osama Comedian, who gleeful crooned that the humour merchant has endorsed the housemate with a sum of one million naira to massively vote for him.

According to sources, the one million naira is to be shared among the teams supporting the housemate for procurement of recharge cards to vote massively for him.
at 12:38 PM