Just as the BBNaija buzz continues to die down, Gifty has been accused of wanting to be controversial on social media like her fellow ex-housemate, Tboss. This is because late last night, the ex-Big Brother contestant took to her snapchat to share a semi-nude bathroom selfie. The selfie showed off her unclad body with only a doodle shielding her decency. Immediately, both fans and non-fans of the reality TV show came for her. They claim she’s quite jealous of the attention the Top 5 ex-housemates are getting. After all the bashing, Gifty later deleted the picture. See picture below: 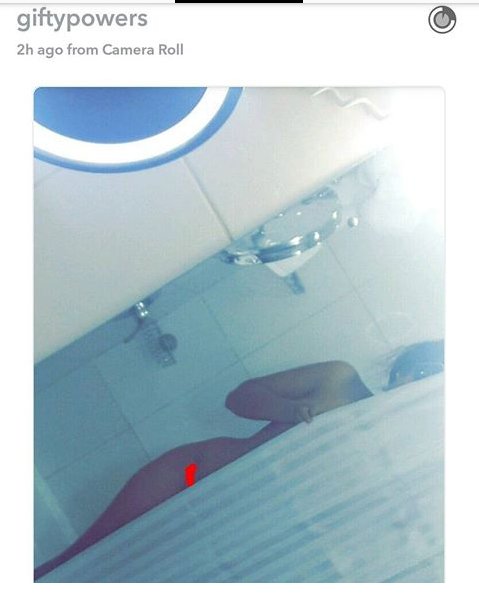 This isn’t the first time Gifty would make an attempt to trend on social media after her eviction, recall during her interview with Ebuka, she claimed she was never married, she’s never been an hairdresser before, among other controversies she stirred on social media.
Even during her stay in the house, she claimed she never knew Falz, Ex-Mr Nigeria, and Banky W. She later cleared the air.
She also shared a video of herself attempting to make an effort in comedy, but she just failed. I don’t know if all this is just a process for her to discover her talent or just remain relevant.
Some reactions from Nigerians: 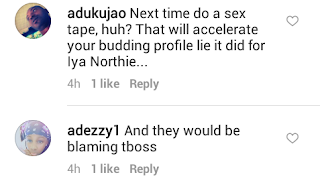 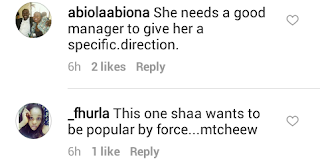