Tboss during her media tour addressed some of the controversial topics that swirled on social media during her stay at the Big Brother Nigeria house. In an interview with Beat FM, Big Brother contestant, Tboss opened up on why she bared her breasts, her failure to recite the National Anthem, and the viral clip of her saying she would spend the N25m in a week if she won it.
“The Big Brother house was a place where I was myself. At home I don’t shower with my clothes on,” said the ex housemate whose real name is Tokunbo Idowu, adding that she stripped to take her bath because that’s a given. 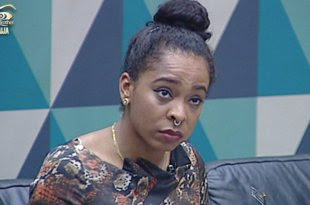 However Tboss added that she had to shield a part of her from the camera. But she noted that stripping had become normal to her because, “Usually, in my house, I just walk around naked.”
The housemate revealed that she never knew that exposing her breasts would cause a lot of drama on social media that it wasn’t until she returned that her father sent her the viral screenshot that earned her so much criticism. “He actually did a [snapshot]. He just sent me a picture of myself, and I was like, ‘Oh, Lord!”
When asked if her father was aware before now that she pierced her nipple, the BBN star expressed mild outrage. “He is now, [but] why would he know about that [before #BBNaija]?”
TBoss addressed the National Anthem saga, she said, “I can totally recite the national anthem,” she insisted, “[But] I was under pressure and tired because the whole day, we [were] in the sun, talking. It was a very emotional day and I was really drained. I had a meltdown and it was very very justified.” 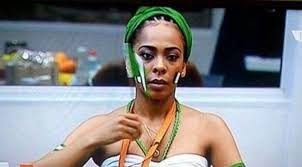 For the ex housemate, she is not worried about the monumental hatred from folks on social media, because when she was asked to officially address the trolls, she waved that away, saying, “No. They will come around.”
Also, the housemate clarified, again, her comments about how she would spend the N25m if she won. Recall that the initial clip was deceptively edited, but the actual footage never went viral to help counter the first wrong impression people had of her after watching the first clip.
Hence, the ex housemate officially addressed it. “I said I have so many projects on ground that I need [the money for]. I don’t have a house. I don’t have a car and I would like to get myself a car. And I have responsibilities. I have 5 godchildren. I have siblings,” she said.
Continuing, “By the time I would share this money…Plus, I have to pay tithe and tax.”
To close off her interview, TBoss voiced what many avid fans feel about her – why many people do not like her. “I am always misunderstood. I would sneeze and it would be taken the wrong way. If I burp, [same],” she concluded.