#BBNaija: real princess of Onne calls out Marvis, for impersonation, releases documents to backup her claims

A Facebook user, Dorathy Osaronu, who doubles as a said Princess has outed Big Brother Naija 2017 4th runner up, Marvis Nkporwin for 'claiming' to be a Princess.  Recall, the housemate who insinuated she was from a royal family in Eleme Kingdom in Rivers state returned to her state  on Monday alongside fellow housemates, Bisola and Kemen and a Royal welcome was thrown for her. 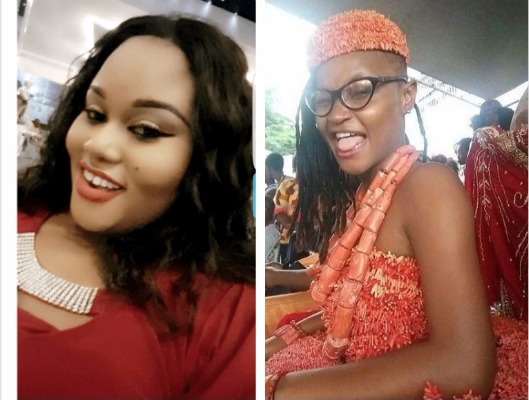 Dorathy claims she is the real princess of Eleme kingdom, insinuating that Marvis is just  an impersonator. She shared a document claiming to be from the state government recognizing her father as the ruler of the Eleme kingdom. Since yesterday She & her Sisters have been dragging Marvis, accusing her of impersonating them, the supposed real Princesses of Eleme Kingdom. 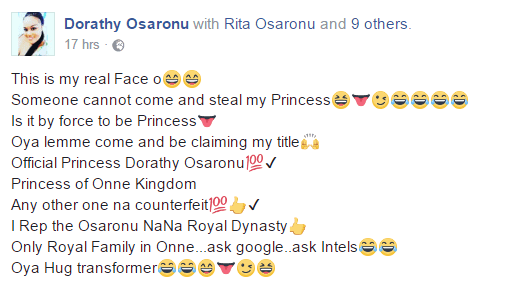 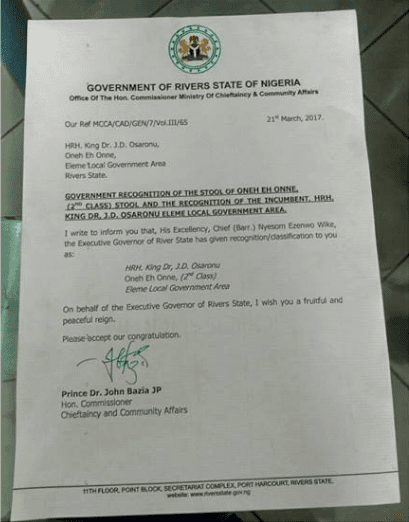 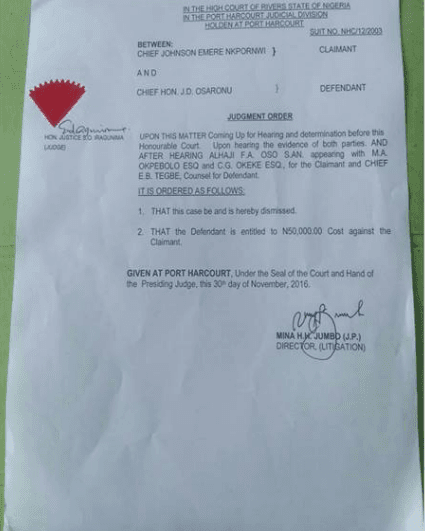 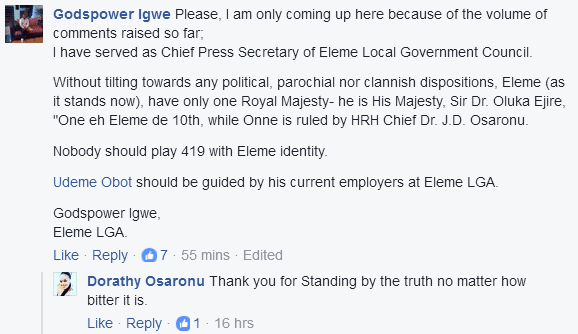 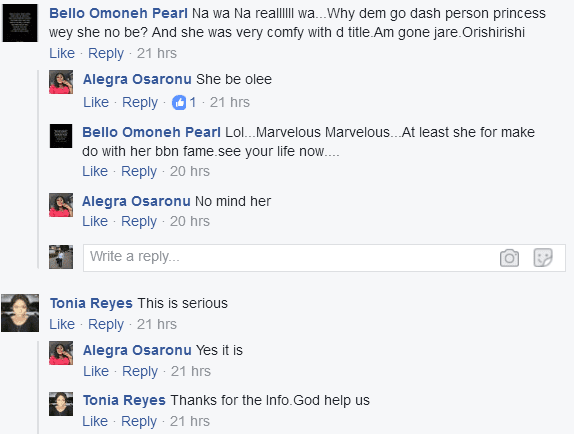 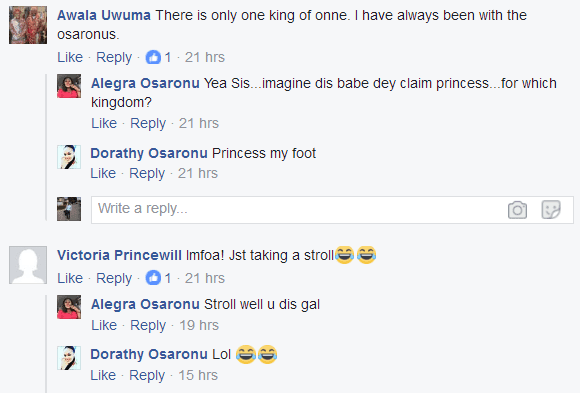 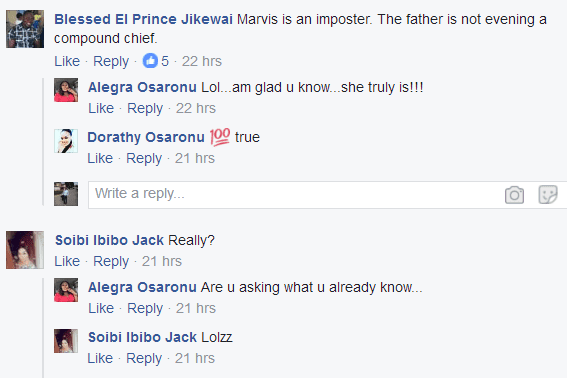 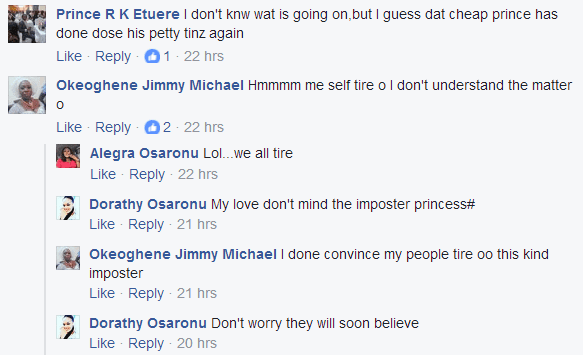 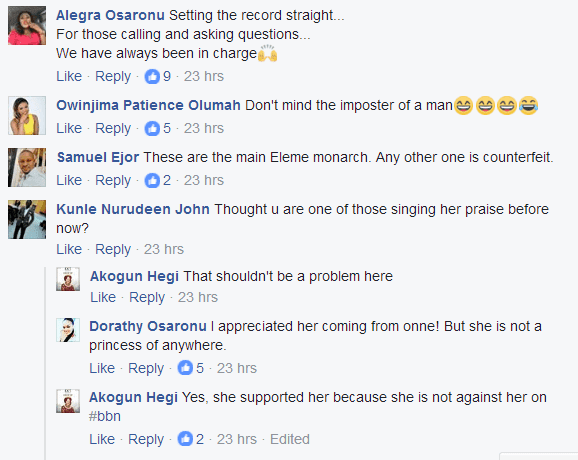 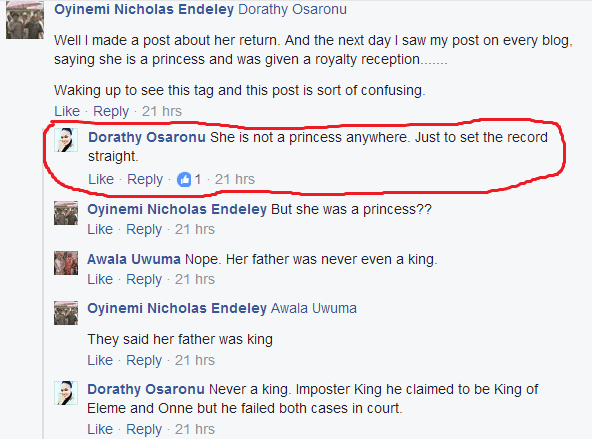 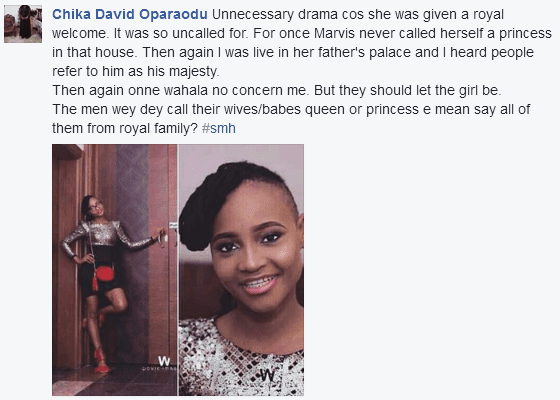 It looks more like there has been a tussle over the rulership of the kingdom by Marvis’ family and Dorathy’s family.
at 5:41 PM