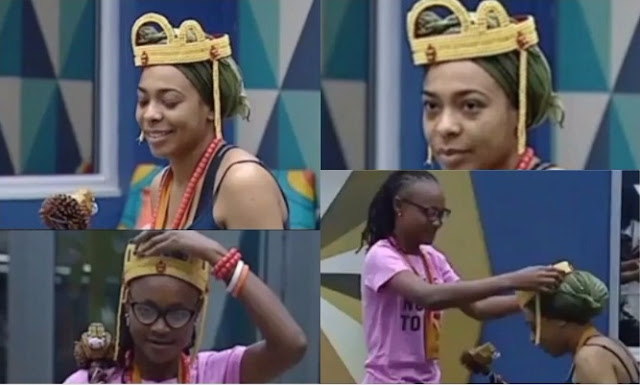 
She was crowned by Marvis, who got the crown on Wednesday as part of the new rule by “Biggie” owner of the house stating that all the housemates take turns to wear the crown this week.

This is coming after she had a slight fight with her 'housie buddy and ally', Debbie-rise over her (Tboss) inability to sing the National Anthem during a truth or dare game on Wednesday night.

The top five housemates competing for the grand prize of N25 million and a Kia Sorrento SUV are Bisola, Efe, Marvis, Debie-Rise and Tboss as the controversial show ends on Sunday, April 9, 2017.