Former Presidential Spokesman, Reuben Abati, released an article yesterday which he titled ‘television as madness’ where he described some of the Big Brother Naija 2017 housemates. The piece laid emphasis on a particular housemate, TBoss who he described in some terms that have been deemed inappropriate by Nigerians. (Read here) 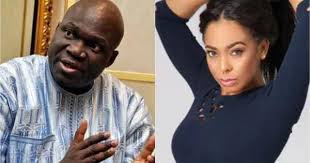 According to him, Tboss dominated the space with her Jezebelic antics, that she projected herself as a sex object, the ultimate manipulator, the champion Delilah of the Big Brother Africa series.

He also body shamed her, saying;  "I have seen better breasts TBOSS. I am not too sure those private jet owners will be excited by your fluffy, South-looking, slightly bigger than mangoes breasts. If the same men see bigger assets, I mean, those interesting Ojiakor-like ones that look like papayas, pineapples and watermelons, they will not send private jets, they will deploy submarines and fighter jets!"

Celebrities like Kemi Adetiba, Uti Nwachukwu and Toke Makinwa have all reacted to the article, see their tweets below: 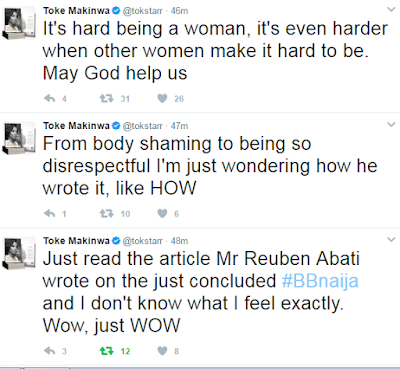 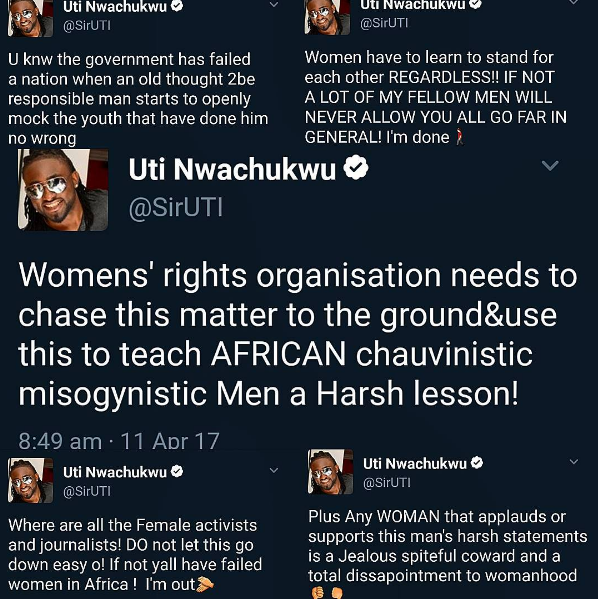 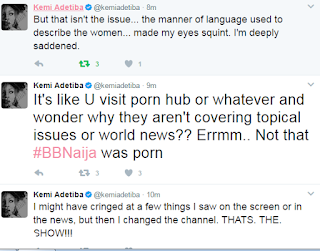 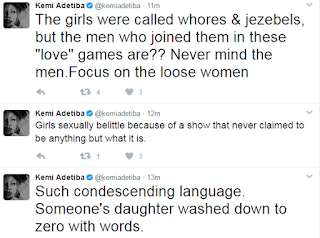