Charlie Murphy, comedian and older brother of Eddie Murphy, died on Wednesday. He was 57. His publicist, Domenick Nati, confirmed that the comedian passed away after battling leukemia. The Brooklyn-native had been receiving chemotherapy treatments. 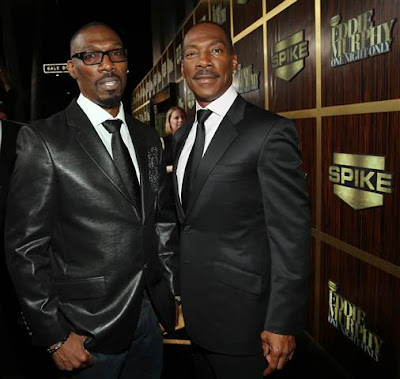 Murphy had tweeted Wednesday morning before TMZ first reported his death. The message starts with "Rise & Grind," an opening used frequently by Murphy on his Twitter account that is often followed by a motivational message.
"Things may come to those who wait, but only the things left by those who hustle," the comedian went on to write, mistakenly attributing the phrase to Abraham Lincoln — a common error. The post was taken down later in the day.

Friends and colleagues of the deceased have since taken to various online platforms to pay tribute to him.