Grey's Anatomy star and activist, Jesse Williams, 35, and his wife, Aryn Drake-Lee have split after almost five years of marriage. 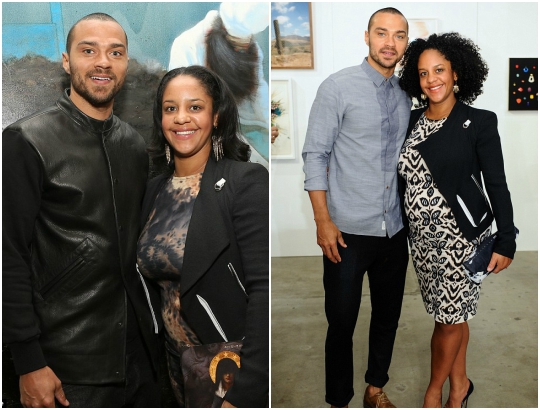 According to TMZ, a divorce petition was filed last week but it is unclear who filed for the divorce.
The split is said to be 'amicable.' The last time the couple were photographed together was at the Art Los Angeles Contemporary 2016 Opening Night at Barker Hangar on January 28, 2016 in Santa Monica, California.


Jesse made headlines in 2016 with a politically charged speech at the BET Awards in Los Angeles. During the speech, he thanked his 'amazing wife who changed his life'.

Jesse and Aryn married in September of 2012, but were together long before his acting career took off. The couple have two children together, son Maceo, aged one, and daughter Sadie, aged three
at 11:24 AM