Nollywood actress, Ruth Kadiri, took to her instagram to write to her fans. In the post, she tells them that happiness on the social media platform is 100% fake. According to her, people are waking up sad, because they think are getting more out of life than them. 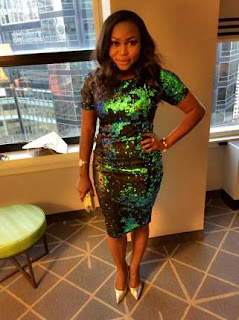 Ruth advised that people should live their life like its golden and not be envious of anyone. She went further to disclose that girls are doing shit on social media, just to stay relevant. Here's what she wrote;

"The generation we're in! The Instagram life doesn't add up with the reality. People are waking up sad because they think others are doing better than them. Those who seem to have a little, Deliberately oppressing their followers and claiming HATERS. And girls doing shit Just to stay relevant on social media.A platform where happiness is faked 💯. Nobody want to go through the process but we all want the glory. Easy my darlings! easy. Understand that those who try so hard to show u how happy they are.
Most probably are very sad and depressed. Live ur life like its golden and don't envy anyone. Forget about how glittery the car looks the engine is what matters and that's the part we never get to see. Morning world."