Just when we thought we’ve seen it all from all Nigerian celebrities, they do something new. An Instagram user that goes by the name @ vvs_uno has blasted Five Star Music front-line act, Kcee for allegedly stealing and using his pictures to deceive Nigerians.
The 'Romantic call' crooner posted a photo of wraps of dollars and wrote 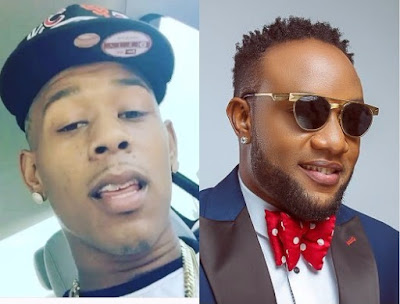 'No time, God I give you praise. just for one day #desire #mrromantic #romanticcalls 🙏🙏🙏🙏🎤🎼🎺', and then the apparent owner of the money called him out.

The instagram user had posted the picture since February only for Kcee to post the picture again as his two days ago acting like it’s his money. Well, the owner of the picture saw it and called Kcee out, telling him to stop screen shooting his money as his. See pictures below: 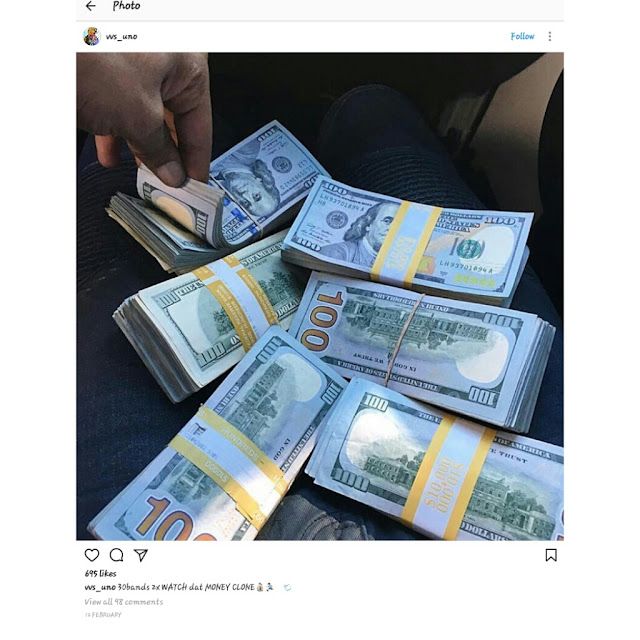 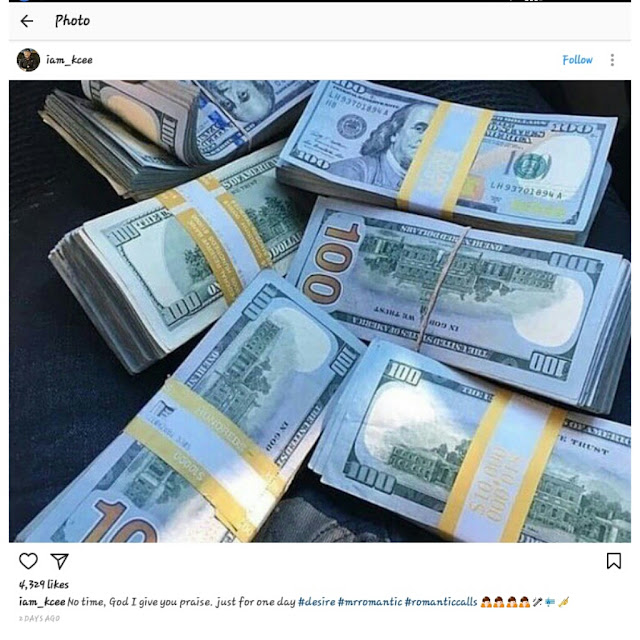 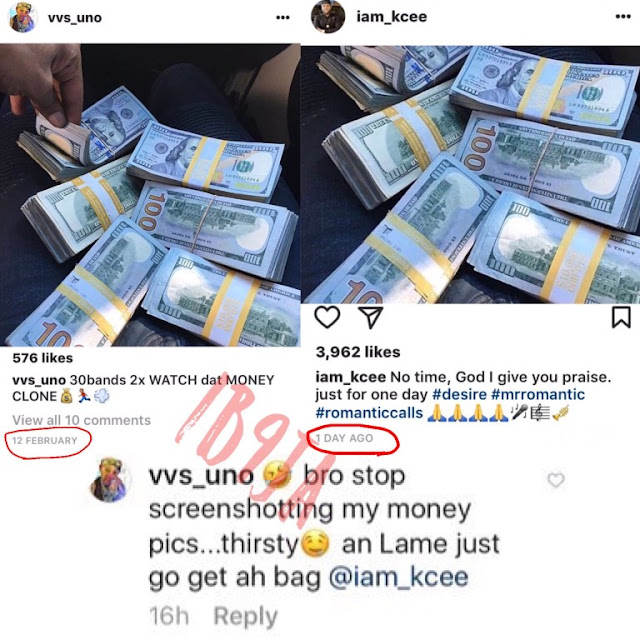 Nigerians have wasted no time in blasting Kcee calling him the brother of actress, Oge Okoye. If you recall, the actress few months ago posted a picture of Hollywood star, Kenya Moore’s dogs as hers and even named them rob and rosy
at 9:41 AM