The Canada-based lady, Stephanie involved in an alleged romance scandal with the overseer of the Omega Fire Ministries, Johnson Suleiman, has released her statement of account to prove that the man of God sent her money countless times. 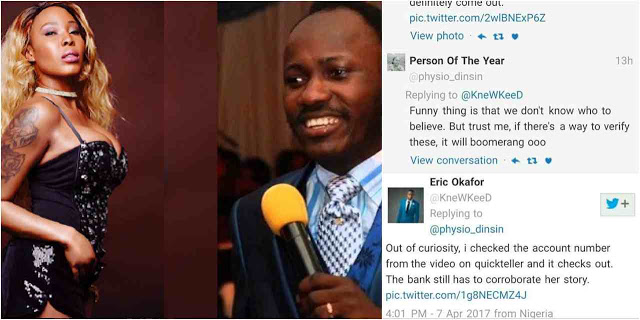 The surprising thing is that the account number from the video corresponds with that of the apostle.


A Twitter user @KnewKeed, who disclosed that he checked out the account number on quickteller and it checked out. Though he disclosed that the bank it came from, still has to corroborate her story. Knewkeed also revealed that a phone company in Canada, has


agreed to release Stephanie Otobo's call log. According to him, the truth will be out soon. 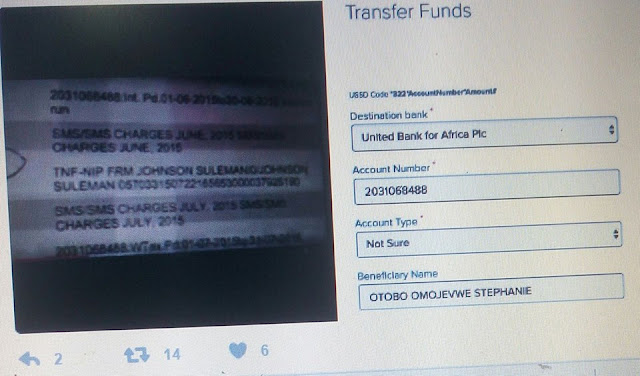 Watch the video below;

Stephanie Otobo releases her account statement to prove Apostle Suleman indeed paid money into her account, a number of times
A post shared by Instablog9ja✅ (@instablog9ja) on Apr 8, 2017 at 4:44am PDT