Grammy award-winning singer, Stevie Wonder will on Saturday, June 17, 2017 wed his third wife, Tomeeka Robyn Bracy, in a star-studded beachside ceremony in Jamaica. The event will witness top performances from Elton John, Sam Smith and many others. 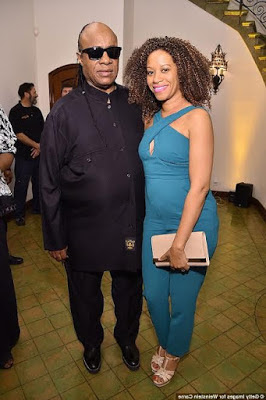 The 67-year-old singer and his 42-year-old bride to be have been dating for five years. The singer’s nine children from his former partners and girlfriends will be acting as bridesmaids and best men.


According to a Daily Mail report, Miss Brace will sign her wedding papers in the traditional fashion, while the blind singer will be using two fingerprints to make proceedings official.

His former partners include Melody McCully and singer Yolanda Simmons with whom he had a daughter, musician Aisha Morris.

Stevie Wonder and Tomeeka Robyn Bracy who already have two children together are believed to have signed a prenup, which is yet to be revealed.