Transgender, Caitlyn Jenner reveals she will never have s3x with a woman again, but may sleep with a man

Catlyn Jenner revealed in her upcoming memoir, The Secret Of My Life, that she underwent sexreassignment surgery in January 2017, almost two years after revealing her decision to transition.
According to Radar Online, she has also revealed that she will never have sex with a woman again, but is not counting out sex with a man. 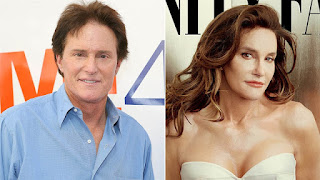 'Of the most important things in my life, sex is beyond the bottom; it has been that way for a long time. A future female companion? Yes, I do think about that. A future female sex companion? Not happening, at least for now, and perhaps not ever.'
Jenner however adds that while she has yet to feel inclined to have sex with a man that could change after her gender reassignment surgery (now done). Maybe removing the last physical appendage of my maleness….will make me feel differently,' writes Jenner. 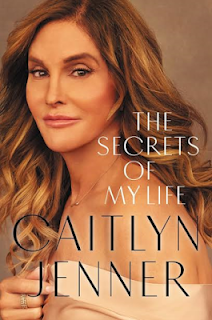 It was previously known that Jenner had undergone facial feminization surgery and gotten breast implants.


Jenner — who is parent to six children with ex-wives including Kris Jenner — came out as transgender in April 2015, during a highly publicized interview with Diane Sawyer. A few months later, she made her public debut as Caitlyn on the cover of Vanity Fair.
at 11:55 AM