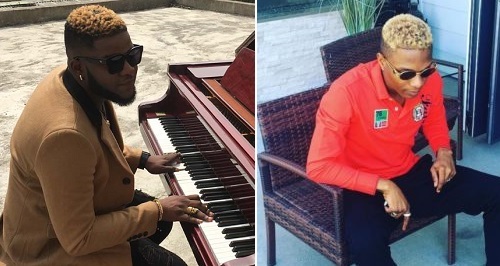 Singer, Skales has declared that his former record Label mate,  Ayodeji Balogun popularly known as Wizkid was never a threat to him.
He said:

“I have never been under pressure from Wizkid. I have always been a singer even though I became more popular as a rapper. When I was in Kaduna, I wrote songs but rap was the in-thing back then, so that’s what I concentrated on more. I believe that artistes have their individual styles and it’s not necessary to compare one artiste with another. I had a wonderful time with EME and they contributed so much to my career. But I’ve moved on and I’m grateful to God that I’m doing well in my career.”

On what drives him to keep on making music:

“I have a very deep passion for what I do. Anyone who knows me would tell you that I’m very particular about my music and nothing is more important than that to me. I am not in it just for the money but to make an impact and also touch lives along the way.”