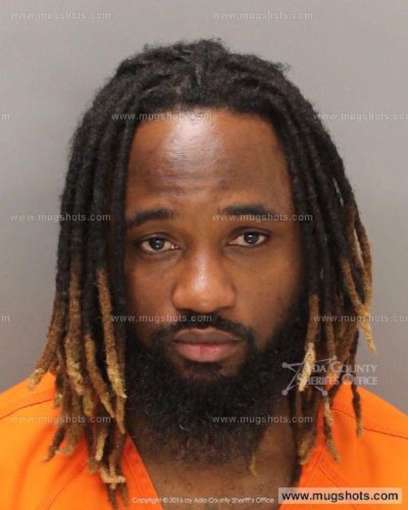 Sauce Kid real name, Babalola Falemi was reported to have been incarcerated in a US jail.
His arrest was made known on Instagram by a friend, rapper Willy Bang, who posted a 2016 mugshot of the rapper with the caption, “#FreeSinzu Miss Ma G @chiefhunnitbands.“
Further investigation revealed that the 32-year-old was arrested and booked on July 26, 2016, in Idaho for Grand Theft. His last post on Instagram was 20 weeks ago when he wished Dammy Krane a happy birthday.


Meanwhile, just four weeks ago Tee Billz posted a picture of Sauce Kid and the music star replied.
Prior to his post no one knew Sinzu was currently having problems with the law. He has since deleted the post.
Meanwhile, Sauce Kid has just reacted to the allegations. He took to Instagram today, May 1, 2017.
He wrote, “My family, friends and fans are the last people I wanted to disappoint right now, so I kept things on a need to know basis with those in my immediate circle.
Paparazzi fans took it upon themselves to wish me well, thanks. I am taking care of what’s important right now, and working on new music as usual. Heard these streets been dry anyway. Industreet vol 2 coming soon  . #Sinzu100Gang I appreciate all of you. #Industreet #SMG #SinzuMusicGroup.”
This isn’t the first time Sinzu has had problems with the US authorities.
Back in 2014, a mugshot emerged online showing that he had been arrested for forgery and unlawful possession of a firearm in 2013. He was reportedly indicted for that crime.
at 2:43 PM