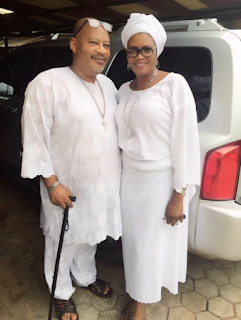 Depression is a common and serious medical illness that negatively affects how you feel, the way you think and how you act. Fortunately, it is also treatable.

Depression causes feelings of sadness and/or a loss of interest in activities once enjoyed.

The internet has been agog with the news of a married woman who jumped into the lagoon.

Various speculations have emerged as the cause of this. But one thing is certain, jumping into a lagoon was her last resort to avoid the impending shame.

Now According to reports and sources close to her family, the woman is a Texas-based Businesswoman, and her Husband is a former Access Bank staff. But trouble started after she got involved with another guy, who swindled her of 10million naira.

The lady later got him arrested, only for him to release the nude pictures of them together in order to prove his innocence to the police that whatever happened between both of them was consensual and that he’s not a fraudster as claimed by the deceased.
Husband of the deceased, Tunde, immediately headed for a DNA test for his three children. Only to find out that none of the children belong to him.
There were, however, conflicting accounts as to how the main episode happened. A version of the account said that the woman was a passenger in an UBER car, driving inward Lagos Island when she told the driver to stop and crossed over. Others have said she drove a Ford Explorer and parked on the 3rd mainland bridge at about 8.45pm.

Her dirty deal went bad, some people do worse and never got caught. The media implication is that everyone seems to be talking about depression and the hazard. People need to seek expert advice when necessary and talk to the people around them.
LASEMA General Manager, Adesina Tiamiyu in a statement today said, “The attention of the Lagos State Emergency Management Agency (LASEMA) has been drawn to a video clip on social media in respect of a woman who supposedly packed an SUV Ford Explorer and jumped into the Lagoon at the 3rd Mainland Bridge on Sunday 10th July, 2018 and have dismissed the case as the woman suspected to have committed suicide claims nothing like that happened.
In a phone conversation, she claimed she and her husband only stopped to offer help as good Samaritans and has no reason to consider suicide.


However, the agency is investigating her claims and rescue is still ongoing in the waterways to ascertain the veracity of the incident.
at 12:58 PM

Email ThisBlogThis!Share to TwitterShare to FacebookShare to Pinterest
Labels: Nigeria