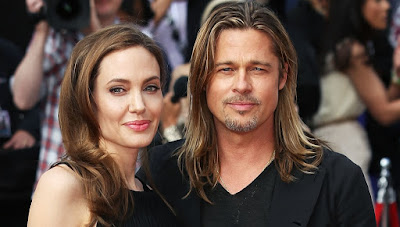 Angelina Jolie has filed for a divorce from her husband on the grounds of irreconcilable differences. The actress is requesting for a sole custody of their 6 kids.


Sources close to Pitt claim the actor is angry at Jolie for allegedly spinning stories about him being a potential risk to their kids because of anger issues and substance abuse.

Pitt reportedly said Jolie ‘unleashed hell’ because the entire family has become targets for the paparazzi.

Over the last few days, Pitt has had conversations with Jolie pleading for her to handle the divorce ‘like adults’, sources told the site.

Pitt said he wanted to keep the divorce under wraps for the benefit of their children, but instead, he says, Jolie has painted him as a risky dad and asked for sole physical custody.

“I am very saddened by this, but what matters most now is the wellbeing of our kids. I kindly ask the press to give them the space they deserve during this challenging time.” – Brad Pitt told People Magazine

Angelina Jolie also made a statement to E! News through her manager Geyer Kosinki. He said,

“Angelina will always do what’s in the best interest of taking care of her family. She appreciates everyone’s understanding of their need for privacy at this time.”