Brad Pitt allegedly cheated on Angelina Jolie with his co-star 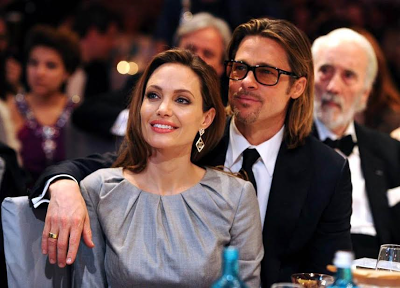 On Tuesday, the world got wind of the shocking news that celebrity power couple Angelina Jolie and Brad Pitt were divorcing after TMZ got hold of their divorce papers filed by Angelina Jolie.


New York Daily's Page Six is now claiming Angelina Jolie hired a private detective to spy on Brad and found out that he'd been allegedly cheating on her for months with co-star Marion Cottilard while filming World War II drama in London.

The Private Investigator discovered that Pitt was cheating on Angie with Cotillard — while also partying like a single guy on a mission.

'Angelina hired a private eye because she felt that he was fooling around with her on the set, and it turns out, he was. And that was the final straw.”, a source told NY Daily News

“The atmosphere [off-set] was full of hard drugs and Russian hookers, and Angie was told Brad got caught up in it He’s in the throes of some insane midlife crisis, and Angie is fed up.”

A source close to Cotillard denied the rumors and insisted she is still with her long-term partner, French actor and director Guillaume Canet.

“They are still very much together. They have been a couple since 2007 and have one child but have never married,’’ the source said of Cotillard and Canet.
at 12:48 PM