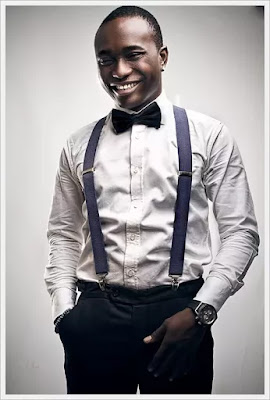 According to fresh reports made available by PREMIUM TIMES, Chocolate City is still in battle with Brymo for almost 20 million naira investment made on a former artiste on the label Brymo.


The mentioned newspaper had access to court documents from Chocolate City. The documents brought to public notice that Chocolate City had only realized less than 3 million naira compared to nearly 20 million spent on Ashimi Olawale Ibrahim, who we all know by the name Brymo.

The music imprint has been in a protracted legal battle with Brymo since 2013 on the grounds of breach of contract. Brymo’s controversial contract with former label chocolate city was supposed to be a 5 year contract spanning from 2011 to 2016. With the artiste delivering three studio albums within the contract span.

In a court document deposed at the Lagos Division of the Federal High Court, Brymo (the defendant) accused his former label of short-changing him, saying he never received any advance as agreed in his contract for the development of the album Son of A Carpenter.

Brymo argued that he was never paid a dime from royalties accrued on the album son of a carpenter neither was he given an initial capital for the production of the album.

Also Brymo explained he had to personally hire and pay a new manager for himself after his first manager assigned him by the label was withdrawn and assigned to another artiste. Further statement has it that the label frustrated any efforts to make another album from him, siting that producing an album was way too  expensive to be handled on his own. Therefore, he Brymo opted for a release from the existent contract.

The plaintiff Chocolate City also raised claims blaming the artiste Brymo, as reason for the breach in contract terms. The music imprint stated that contrary to what the defendant said, all cost of recording and production was carried out strictly by the label as a standard procedure.

Chocolate City, however, said it paid for, on Brymo’s behalf, every recording cost it authorized and for which a prior approval was sought and obtained by the singer.

The music group also said it is standard industry practice for record companies to pay for all expenses incurred during recording (paying producers, video director, dancers, and others), as opposed to giving the entire budget to the artiste.

Chocolate City also mentioned that the artiste in question was grossly guilty of insubordination and had a problem following “simple instructions”.

“It got so bad that no reputable company was ready or willing to give him an endorsement deal, thereby deny (sic) himself and the plaintiff good revenue.

The music label denied telling Brymo it lacked the funds to produce his second album, and accused him of intentionally creating a crisis and then announcing to the public that he had become an independent artiste.

Chocolate City has sought a perpetual injunction from a Federal  High Court restricting Brymo from recording and also seeking 100 million naira in damages.

On the other hand Brymo’s counsel has asked the court to strike out the case brought against it client as it was out of the jurisdiction of the Federal High Court.
at 3:49 PM