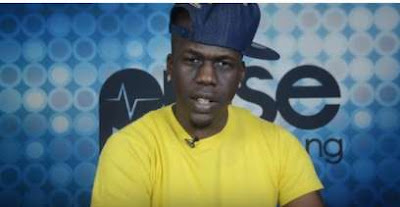 US born Nigerian rapper, Iceberg Slim, has accused his compatriots, Phyno and Peter of P Square, of replicating his hairstyle, which he claims is a big part of his music identity.

According to the rapper, he has had to change his hairdo on a number of occasion after some of his colleagues copied his identity.

He has now called on his imitators to desist  from doing so.

“I don’t sound like anyone else, from my accent to my tone and diction."

"I try to constantly reinvent my hairstyle, so that I do not look like anyone else either. So far, these two things have been distinguishing factors."

“When I started the MoHawk in Nigeria, I saw the likes of Phyno and Peter (P-Square) replicate it."

"I later changed my hairstyle and decided to just do one single braid going to the back, now I see X-Busta and a few others have reproduced it, once again."

"If they weren’t entertainers, this would probably be fine. Well, I’ve changed it yet again! Please, no more copying.”
at 11:17 AM