6 ways second chances can make you happier by Hannah Rose 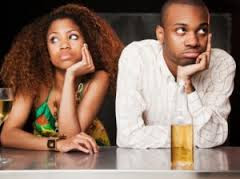 Admit it, you have that one person who annoys you to your wits' end. The two of you have never been able to see eye-to-eye and you have accepted that you probably never will. You've agreed there is no room for each other in the other's life, so you move on without them.


Until you run into them everywhere you go. You are at the same grocery store at the same time, you get invited to the same parties, you shop at the same stores and you even have several mutual friends. How can the person you hate actually be someone you have a lot in common with?

When you run into each other, you start up awkward conversations out of habit, and you eventually realize the other person is not as bad as you once thought. Experiences like these help us realize we may have incorrectly judged or falsely labeled them before we have even had the opportunity to get to know them.

Second chances and open-mindedness can save us from the sharp pang of resentment and help build longlasting friendships in relationships we might have once seen as sinking ships. Below are a some reasons why second chances can change your relationships and better your life.

1. You don't allow jealousy to rule your life
Acting upon envy can lead you to naturally distance yourself from someone you think is always going to be better than you. If you are able to place those threatening and competitive feelings aside and focus solely on the individual, you may learn why other people think they are so great. Second chances provide room for understanding and growth.

2. You won't miss out of potentially beautiful relationships
Someone else's description of another individual may be a little more than deceiving; it can be false and misleading at times. Be wary of individuals that paint others in a dark light in hopes to persuade you a certain way. Psychologist Susan Krauss Whitbourne suggests individuals be aware of individuals who dim other people's lights in hopes to make theirs shine brighter. Do not shut people out right away, instead give them the chance to impress you with their own impression not just their reputation.

3. You let go of bitterness and allow room for positive emotions
Opportunities for job advancements, social life expansion or joy in family life can be withheld from you if you choose to hold resentment towards another individual. Psychologist Keith Oatley described resentment in a recent study as an emotion associated with envy and destructive anger. Giving people second chances creates positive emotions to flow through ones mind and helps break down destructive habits of thought.

4. You'll be able to feel more appropriate emotions
In a study performed by University of California Davis professors Justin Caouette and Amanda Guyer, individuals were tested for positive or negative reactions using the Emotional Context Insensitivity (ECI) hypothesis. This hypothesis proposes that when you are depressed or emotionally overcome, you do not respond strongly to either positive or negative events. Regardless of the circumstances, you remain gloomy.

To test this theory, the researchers had undergraduate students take a survey to determine how depressed the individual claimed to be and then placed those individuals in set social situations that either accepted the student or rejected them. Students that ranked themselves as highly depressed or emotional overcome revealed they were less likely to feel a positive effect even when they were accepted.

This information helps illustrate a clouded judgment that can permanently reside on an individual due to their emotional state. Try to break free from clout thinking and give people a second chance regardless of your emotional mindset.

5. You'll become more compassionate
Your first impression is everything you have when it comes to meeting someone for the very first time. How many times have you stuttered, said something wrong or failed to portray the message you had prepared to offer when making a first impression? I know I have too many times to count. This regret of not living up to your potential can plague you ... but don't let it. Rather than being conceited and closed off, place yourself in the situation and offer the individual a second chance. Just because the first impression was under par does not mean you have seen the best they have to offer.

6. Go beyond your comfort zone and become a better person
Sometimes it is extremely difficult for people to accept and embrace others based on their personality because it is not similar to their own. Research on the psychology of stereotyping says it is blatantly obvious that human beings group and judge individuals based only on what the eye can see and not what the mind can get to know.

Breaking the social norm and going beyond the surface will allow individuals to get to know people from different social and ethnic backgrounds. Closing people off due to social bias creates riffs and misunderstandings. Providing people you would normally scoff of at first sight a second chance will help you go beyond your comfort zone and become a better person.
at 10:07 AM