Davido talks about his EP, album and deal with sony music 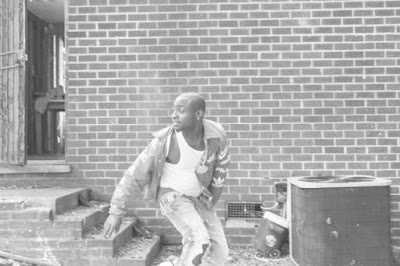 The DMW boss who signed to Sony Music in January 2015, is working on releasing his debut EP, “Son Of Mercy”, which is now available for pre-order on iTunes. A single off the EP ‘Gbagbe oshi’ is currently being promoted for the local market, and he talks to Pulse about his new phase so far.

The conversation which took place at the premiere of his new video, has been transcribed and edited below.

On Absence From Music:
Why are people saying it’s taken forever, infact, shey na only me never drop? Abeg, make them free me.
I was cool, I was travelling, I doing things, I was recording, I was living life, I was in America. It kind of was very fast for me, because I was moving so much, I was just setting up plays. I was setting up plays for the future.

On Sony Music Deal:
I was hyped that they came to me. When they told me that this is going to happen, it’s a sacrifice that I had to make. I did so much in four years, I did a lot, every award, I have it.
You will see, I can’t explain, you gotta see the work. At least I don’t have to pay for my videos again. I’m always thinking: ‘spending $250,000 on one video, that’s what I’ll never do. That’ll just take it to another level.
I have creative control, it’s a joint thing. Most times, whatever I send them, they are ready to go.

On “Son Of Mercy” EP:
The point of the EP is just to put out as much music as possible. Anyway I can put out music, I will do it. Before you drop albums, they allow you drop the EP, so I said ‘Yo let’s do it’. I had options to just wait, drop the single, then drop the EP. I was like ‘no let me just drop the EP’.

All of my international collaborations Usher, Future, Popcaan, Young Thug, and more are on the album. Everything is on the album.  Think about it, the end of the year is here. Why release all my missiles now, and the next year everybody turns over a new leaf?


On African Music International Spotlight:
I think a lot of people are going to get signed, coming soon. But trust me, there’s work ahead of us. It’s like I’m starting again. That’s how it feels, that’s what they keep telling me. They say: ‘Yo David, we understand that you have this and that, and you are big. But you gotta start again.’ When they are interviewing me, they aren’t saying ‘Yo Davido’, they are asking ‘What’s your name? Explain Afrobeats to me?’. So it’s like starting again.

On Starting Davido Music Worldwide:
I needed a new space, found these new boys, and I’m like, let’s go. Do far, it’s been lovely. I’m proud of them, they are doing so well.

On Judging His Success As A Person:
(I was successful) since last year! From last year I dey think all those ones. I bad!

For me it’s just to keep going, help other people, drop the album, destroy. I love this my African thing. I love it. I will never leave Africa for nowhere. Ever!
at 10:10 AM