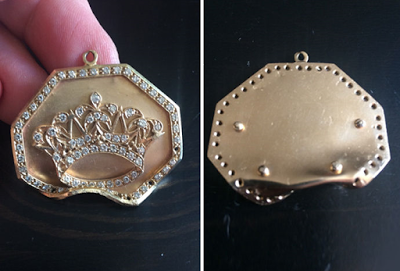 A gold and diamond pendant worn by rapper, Tupac when he was shot in 1994, in NYC 2 years before his death , is for sale for $125,000. Memorabilia dealer, 'Moments In Time', is selling Tupac's pendant after Tupac’s family gave it to them to sell.


The dealer said, Tupac's family will receive a majority of the profits.

However, according to TMZ, when they reached out to Tupac's estate, they said they were strongly
against the sale of the pendant adding that no one has the authority to sell any Tupac item -- not even family members.

The family said they'll file a lawsuit against anyone who sells any of Tupac's items and also go after anyone who buys them.
at 10:31 AM