10 emotionally damaging things parents should avoid saying to their children 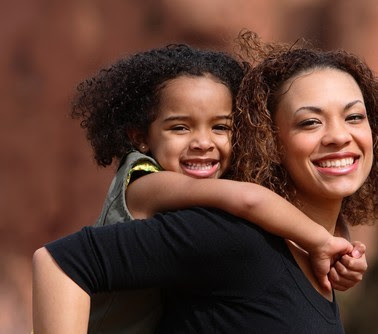 Children are growing and are highly impressionable. They'll remember a lot of what you say, especially the things you said that hurt them.


Here are ten phrases to avoid when speaking to your children:

1. "When I was your age..."
This phrase is dangerous because it compares your child's point of view with your point of view now that you're an adult. It automatically makes your view superior and distances you from your child.

2. "Why can't you be more like your siblings?"
Again, comparisons are dangers. This phrase teaches children that they are less than their siblings, which not only damages their inherent self-esteem, but it also encourages hate and rivalry between siblings.

3. "What were you thinking?"
Mother, Micah Klug found that when she used this phrase, the children sensed the sarcasm and closed themselves off. Instead, she recommends asking, "Will you explain to me why you thought this action was a good idea?"

4. "Get over it."
Children feel like their feelings aren't valid when you tell them this. Children not only feel like you don't care, but they feel like something is wrong with them.

5. "Shut up."
Empowering Parents sums it up perfectly: "Parents tell kids to shut up for a variety of reasons. But ultimately, it's to exert their control over the conversation. Sometimes they want backtalk to stop, sometimes they want complaining to stop, and sometimes they're just tired of listening to their child. No matter what the context, saying "Shut up" is rarely helpful and never appropriate."

6. "What's your problem?"
The first thing wrong with this phrase is that it tells kids that they have a problem whenever they are struggling to express emotion. In addition to that, it makes the parent controlling and makes the child feel like the parent doesn't care.

7. "Stop being so depressed."
Whether your child is just going through a blue funk or has clinical depression, it never helps to criticize their emotions. Trythese helpful tips instead.

8. "We can't afford it."
Be careful how you talk to your kids about money. Jayne Pearl, author of Kids and Money, suggests not using this phrase because it suggests that you aren't in control of your finances. This can be scary for children and can cause kids to have unhealthy relationships with money-stealing, hoarding or self-depriving because they don't feel like they have enough.

9. "I need to go on a diet."
Commenting on your kids' weight is bad, but commenting on your own might be even worse. According to this studyby Notre Dame University, when you criticize your own weight, you're telling your kids that being healthy is a burden and that you're not good enough if you are not a certain weight.

10. "What was I thinking when I had kids?"
This statement cheapens a child's feelings of self-worth. If not even a parent wants them, then who will?