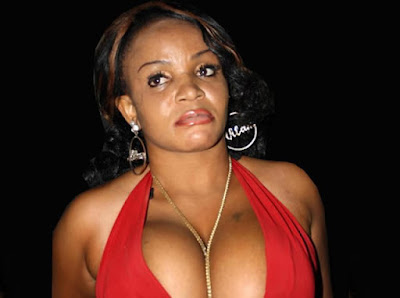 When the godfather of Nigeria’s comedy industry puts something on his social media accounts, people react to it in different ways.


Alibaba who is known to be very active on social media, posted on his Instagram on Wednesday that busty entertainer, Cossy Orjiakor, was detained at an airport for over two hours because of her breast.

He wrote, “So @cossyojiakor and I were on the same flight to the USA last month… I had crossed Immigration and even checked in and realised she had not called to say she had checked in… Called later and found out they held her back at the airport for two hours. Why? I asked her. She said they said something about “No dairy products allowed”… Still don’t get it.”

When Saturday Beats reached out to the voluptuous young lady via her spokesperson, it was gathered that she saw the post and laughed about it. She further said that Alibaba was only joking.

“When she saw the post she laughed because she knew that Alibaba was only joking and she does not take things like that to heart. Most times when she reads things about herself in the media, she only laughs. The only time she took offence to a write-up was when she was accused of bestiality but that is in the past. She knows Alibaba was only joking and you can call Alibaba to confirm,” he said.
at 11:32 AM