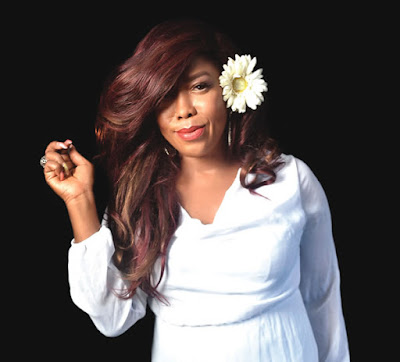 It is already ten years since popular gospel singer, Kenny Saint Best, parted ways with her ex-husband, Eddy Remedy but now the singer is ready to walk down the aisle again.


In an exclusive chat with Saturday Beats, the singer said having stayed as a single mother for a decade, she is ready to give marriage another shot. According to her, this month makes it 10 years since she took a walk from her former marriage.

She told Saturday Beats that the pact she had with God is to have a man by her side by the time she marks her 50th birthday.

She said, “I told God that when I am doing my 50th birthday, there must be a man beside me. That is the deal I struck with God. It is exactly ten years that I have been single, so I am ready now. I was waiting for my children to grow and become teenagers so that I would have given them all of my time so that there would not be divided attention between them and the new daddy or husband. Now I am through with all that, I am ready for a new husband.”

The singer who said it had not been easy praised God who has given her the grace to see her through trying times.

“It has been the ‘mega’ grace of God for me to do all I am involved with and still be a single mother. I ask myself if I am human sometimes because I combine a lot of things together. As we speak, I am at a rehearsal and before I left home, I had to make lunch, do the laundry and I would still check my children’s homework because their exam is coming up. I cannot afford to delegate duties when it comes to my children. What you want to see in the future is what you put in the picture now, so I can never be too busy for my children and my ministry. I am a church girl to the core. It has been the grace of God,” she said.

However, while many gospel singers frown against collaborating with secular singers, KSB, welcomes them with open arms. So far, she has collaborated with the likes of the late Da Grin, Terry G, MI, Ice Prince, to mention a few.

In a chat with Saturday Beats, the singer said that although she has been condemned a lot for featuring secular musicians in her songs, she is only doing the bidding of God.

“When I was singing praise, it was the assignment I got. When I was to do evangelistic music and also street-gospel, it was the assignment given to me that I was following. I am not answerable to anybody but God and since I am answerable to Him, my reward would come from Him and not man. I was able to take gospel music to some corners that other gospel musicians might not. I gave people songs that they could play beyond Sunday morning; people thanked me for providing gospel songs that can be played anytime and was not limited to just Sunday mornings. There were vacuums to be filled and I filled them; through that, the reward came along and heaven smiled on me. You just have to know your assignment and you have to be rugged and dogged about it.”

The multiple-award winning singer who hasn’t staged a church concert for about a decade told Saturday Beats that the reason is because she has faced other aspects of her ministry. She however spoke about her forthcoming concert and what fans should expect.

“For the first time, I would have an all-female worshippers on the line-up of my concert. Also, most of the female worshippers are lead singers from different churches. Many people do not know that Yinka Davies is a worshipper but she would be present to thrill the crowd on that day. My back-up singers of about 17 years ago would share the stage with me; the likes of Essence, Monique, Bola. They are all superstars now but we would share the stage together,” KSB said.
at 11:45 AM