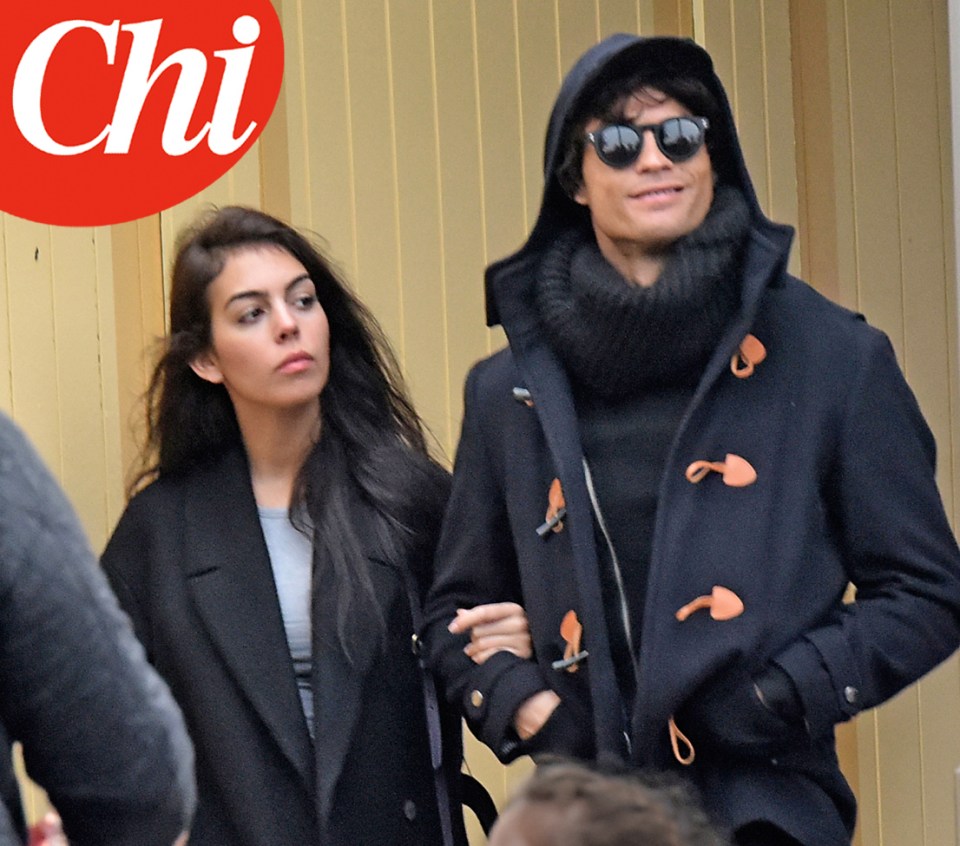 Cristiano Ronaldo amazingly disguised himself in a wig and sunglasses as he took Madrid beauty Georgina Rodriguez out for a date in Paris.


The Real Madrid superstar was snapped out and about in the French capital with his latest girl wearing a jet-black hairpiece, shades and a Duffle coat.

They managed to land some exclusive pictures that show Portuguese wing maestro Ronaldo is back in the dating game.

Former Manchester United hero Ronaldo recently split from former Miss Spain Desire Cordero – and it looks like he’s already moved on, although he clearly did his best to avoid being spotted.

According to Chi, Ronaldo, who reportedly responded to a ‘homophobic jibe’ from Atletico Madrid’s Koke in spectacular fashion on Saturday, enjoyed his date with Georgina Rodriguez in a recent trip to the French capital.

The gossip mag also managed to get hold of a picture of the couple kissing.

Now the question appears to be: How did Ronaldo meet Georgina?

One theory is that they met at a D&G event. Georgina is thought to be connected to the Gucci store in Madrid and word is the couple struck an accord at a Dolce Gabanna event when she was in the VIP section along with Ronaldo.

Ronaldo, meanwhile, appears to have brought Georgina to the Bernabeu in recent weeks.
at 1:37 PM