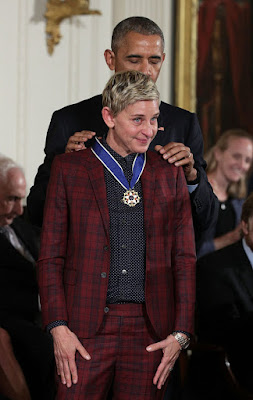 U.S. President Barack Obama presented the Presidential Medal of Freedom to 21 Americans during an East Room ceremony at the White House November 22, 2016 in Washington, DC.

The Presidential Medal of Freedom is the highest honor for civilians in the United States of America.

After almost not being allowed inside the White House, Ellen DeGeneres had an emotional moment while being presented the Presidential Medal of Freedom!

Talking about her, the announcer said “In a career spanning three decades, Ellen DeGeneres has lifted our spirits and brought joy to our lives as a stand-up comic, actor, and television star. In every role, she reminds us to be kind to one another and to treat people as each of us wants to be treated. At pivotal moments, her courage and candor helped change the minds and hearts of millions of Americans, accelerating our nation’s constant drive toward equality and acceptance for all. Again and again, Ellen DeGeneres has shown us that a single individual can make the world a more fun, more open, more loving place, so long as we ‘just keep swimming.”

See some photos below. 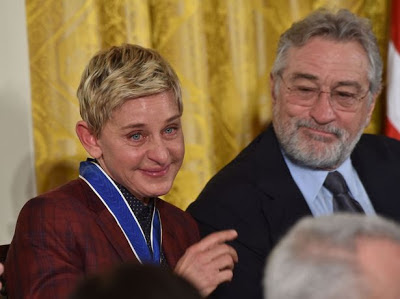 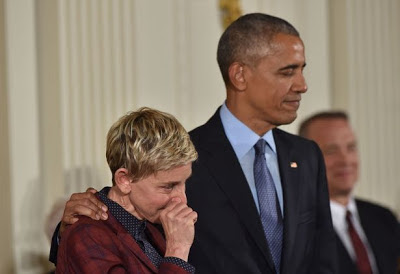 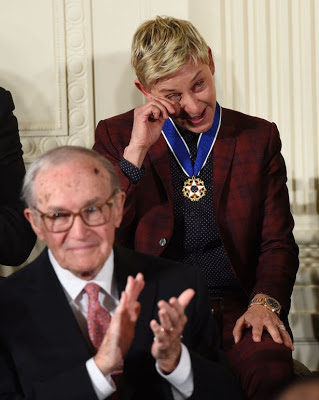 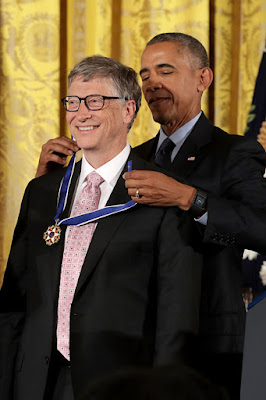 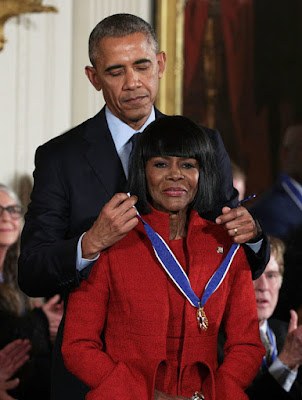 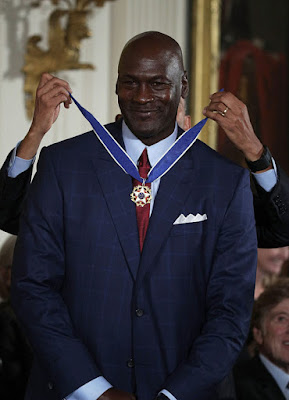 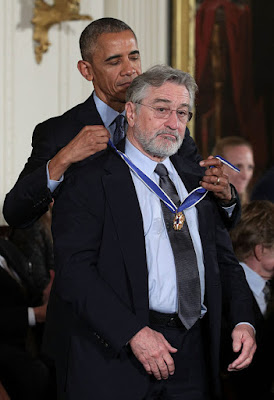 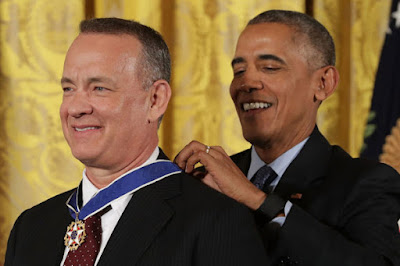