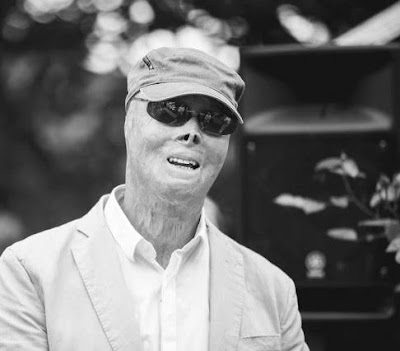 A Swedish firefighter Lasse Gustavson, who has lived with severe burns on his face for almost 35 years, has received an apology from Facebook after they deleted a photo he shared on the social networking site.


Gustavson, who recently turned 60, shared a photo to celebrate his birthday & his friend,  Lindeblad reposted the photo, which was immediately taken down by Facebook's policy monitoring team.

The picture was posted again and in minutes got 200 likes, Facebook took down the photo again and upon his third attempt to upload the photo, he explained his ordeal of how Facebook took down his photo, it was shared more than 30,000 times in three days, an action he described to CNN as a form of "public protest."

"I was shocked, I didn't think it would go so viral," he said in an email.

Facebook upon seeing the report, sent an apology and the third picture wasn't taken down. According to Lindeblad, Facebook said 'it was an error'

"It is nice to see for once that we made a case against the big corporation," he said.
at 10:43 AM