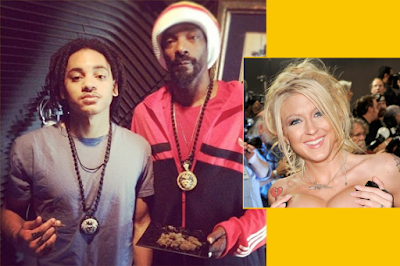 
Here is how she started off her allegations:

I remember way back when I was a young girl seeing your father, listening to your father, basically idolizing your father, so when I found out that he had a television show showcasing him and his family I was nothing short of ecstatic, I tuned into it every single week.

Though I watched it mainly for your father, I thought you were the cutest little thing and the way the show portrayed your family is that yourself and your siblings were raised very well, I was disappointed when the show was cancelled but that was that until a few years later about a year after

I started my career in adult films I came across something someone re-tweeted of you and I clicked and thought wow that cute little boy grew up into a very attractive man but I should have left it at that.

I put my jacket on because I was a little cold and that is where I firmly believe you very stealthily snuck something into my drink, something that would immobilize me, erase my memory and allow you to do whatever it was you wanted to do to me.

We got into my car, you went into the driver’s seat, I plugged in my ipod, took another sip of my drink and went back to trying to find a good song on my ipod to listen to on the way to wherever we were going to decide to go and the next thing I know is I wake up naked, completely disoriented, my vagina feeling swollen and torn like never before, I was covered in vomit and somehow made it upstairs to the room I was staying in.