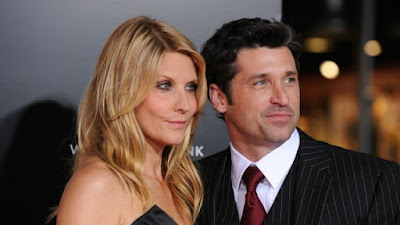 Actor Patrick Dempsey (50) and his wife, Jillian (48) have called of their divorce which Julian filed for in January 2015.
According to the Los Angeles County Court website, Jillian requested a dismissal of the divorce last Friday, Nov. 4 and it was officially dismissed on Thursday.

They have been married for 15 years and have three Children.