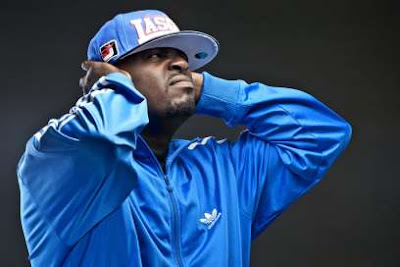 Rapper, Modenine, has revealed that he is the discreet type when it comes to information concerning his private affairs, which he guards with his life.


Considered one of Africa's tightest MC, the rapper feels his relationship with the fans should be about his music, as opposed to things personal to him

Modenine revealed this in an interview published by Punch News' Saturday Beats on November 12, 2016.

“I am not going to answer personal questions and if you notice my modus operandi, I guard my personal life with my life.

"I tell my family members to shy away from the press. My interviews are about my works; I drop an album and I want you to buy it.

"I don’t want people to know about my personal life, because I am an artiste and not a celebrity.

"I don’t do music to be famous. Everybody has a reason behind their action and I do music because I am good at it."

The rapper played down the idea that one's spouse may feel underappreciated if a partner denies the existence of the relationship during an interview.

As a fan of some other international top rappers, Modenine stated that his interest in them is all about the music and nothing else.

“Why do I need to be famous? It is a lie that the person in my life may feel bad that I don’t talk about her during interviews.

"If your wife works in a bank and you are an artiste, you don’t go to her bank and sit down.

"Likewise an entertainer; your spouse may come for a few shows but not every one of them because she knows you would not give her all your attention.

"Some people like to put their family in the limelight like the Kardashians but others don’t because they are private people and the fans need to respect that fact.

"I follow rappers like KRS One in America and I have never woken up one day to find out who his wife is.

"I don’t care about any other thing but his music because I am a fan of his music.


"I am from a different era, and in my era, we only follow the music and ignore every other thing."

Modenine is known for his well crafted lines and opinion beautifully embedded in his rap.
at 11:44 AM