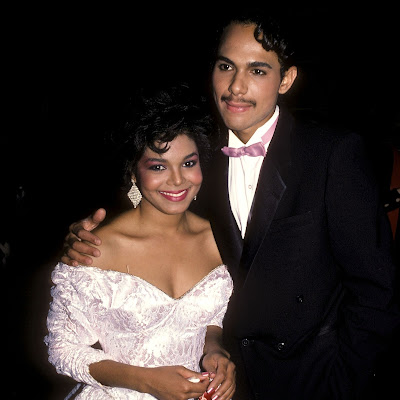 In a newly released clip from WE TV's Growing Up Hip Hop, 53-year-old DeBarge claims that he has a secret daughter with Jackson. The "Rhythm Nation" singer eloped with DeBarge in 1984, but the marriage was annulled in 1985.

Watch DeBarge talk about the issue


"I'm tired of the secrecy," DeBarge tells his daughter, Kristinia, when she confronts him about an article she read in which he discusses the claims. "I'm tired of the truth not coming forward, and people being a coward when it comes to it. And I thought it was wise for me to speak out now because it needs to be addressed."

"To be honest with you, I didn't know," he continues. "I was under the impression that there was no baby, and I wanted to believe it's not true. But it is."

Jackson, 50, is now pregnant with her first child with husband Wissam Al Mana. Jackson had a visible baby bump when she was spotted out and about in London, England, in late September, in pictures exclusively obtained by ET.


Last month, Jackson and her hubby stepped out again in London, holding hands. The singer's big pregnancy news came after she announced in April that she would be postponing her tour to start a family.