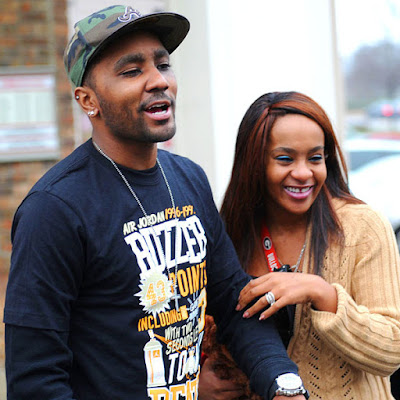 Nick Gordon who was the boyfriend of the late Bobbi Kristina Brown's has been ordered to pay $36 million to her estate after being found liable for her death.


A judge on Thursday, agreed with Bobby Brown that his daughter was a star in the making and had unlimited earning potential and issued the ruling. Bobby told the court:

"She was an entertainer. If you were around her all could do was laugh. She told a lot of jokes,"  "She was always the life of the party... She was the life of anywhere she went. Anybody she was around definitely enjoyed her company." "I know she had the talent to be successful."

Adding that he believed that Nick was responsible for her death.

Nick was not present in court and hadn't been through the course of the wrongful death trial.

The judge broke down the high dollar amount, awarding $15 million for her net worth and future potential income. He also awarded $13 million for "pain and suffering." $1.5 million and punitive damages of $250,000 for stealing funds after Bobbi's estate accused Nick of regularly transferring funds from her account to his account, including $11,000 after she'd fallen into the coma on Jan. 31, 2015.

The judge also awarded $1.3 million for physical abuse that Bobbi's estate said he inflicted upon her, as well as a $4.2 million because he was allegedly under the influence of drugs and alcohol.

TMZ reported that the final verdict came after tearful testimony from Bobbi Kristina's friends and family.

Although no criminal charges were ever filed, Bobbi's estate filed the suit against Nick, alleging he gave her the toxic mix of drugs, which the medical examiner said played the key role in her drowning death on July 26, 2015.

Email ThisBlogThis!Share to TwitterShare to FacebookShare to Pinterest
Labels: Entertianment