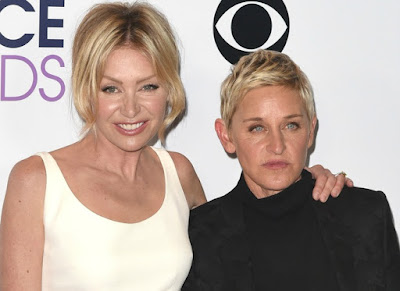 Portia de Rossi has finally had enough. After eight years of her wife Ellen DeGeneres’ controlling behavior, the pair have been “arguing more than ever,” an insider tells In Touch — and are finally heading for a divorce.

“They’ve had heated debates about Ellen’s controlling behavior and her anger issues,” the source says. “They fight over Ellen’s drinking, her lavish spending — mostly on real estate — plus her busy work schedule and how she doesn’t want Portia to work.”

While they try desperately to maintain the facade of a happy marriage, divorce is “imminent” according to the insider — and it’s not going to be easy due to Ellen’s $345 million fortune.

“A good chunk of Ellen’s fortune is at stake,” the insider adds. “This could be one of Hollywood’s most expensive, ugliest and dirtiest divorces ever."