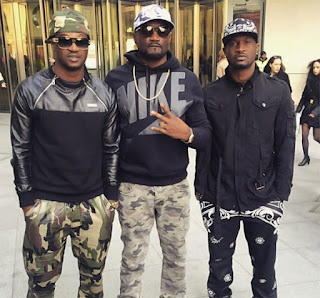 The Okoye brothers settled their fight in April after several months and Peter revealed to us earlier this year what has kept them together.


‘Now let me shock you: our wives, the three of them (including the wife of their older brother, Jude) are the closest set of people you can imagine. Even with all that’s going on. It’s really surprising. Somehow, they respect themselves and stayed out of the whole drama and I respect them a lot. And that’s somehow what has kept us together for this long, otherwise P-Square would have ended like two or three years back,’ Peter told Thenetng.
at 3:43 PM