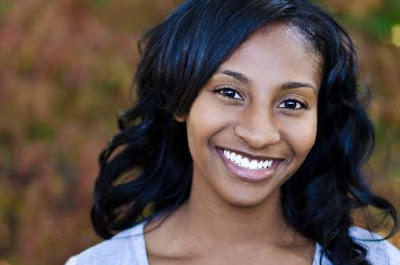 It's in our nature as humans to make mistakes.

However, some mistakes are costlier than others, and there couldn’t be a worse mistake than letting go of certain special people.

Well, here are qualities of such woman, and if one finds one that exhibits these and still lets her go, that just might be the most ill-advised move ever made since the beginning of time.

One who’s got your back
In the Starz series, “Power”, Tasha has Ghost’s back so much that despite his affair with Angela Valdez she still covers for him while he and Tommy went to murder Lobos.

Apologies if you aren’t conversant with the image painted in the paragraph above, but the point here is to create an idea in your mind of how deep loyalty lies with women.
If you have a woman who’s got your back at all times, who’s got you covered come rain or shine, please you have to hold on to her.
You can’t afford to let her go. It’s one loss you just might never recover from.
[I mean, it’s hard to imagine Tasha snitching on Ghost the way Angela Valdez eventually did, right?]

She understands you
Have you ever seen partners who seemed to understand each other to the point where words are no longer needed to communicate?
Not even gestures, just an understanding. It’s just there.

When you find yourself a woman who knows what you want each time, when to leave you alone, when to stick by you even when you ask to be alone, there’s every likelihood that you’ve found yourself a keeper.

This portends that you both must have been together for a certain amount of time, of course, and this very fact further proves why you should not throw away what you have.

Ask yourself, how long will it take to form that kind of bond with someone else?

One who can be a freak for you
One quote that never ceases to interest is 'be a lady in the streets and a freak in the sheets.'

Do not pretend like you do not know the import of sex and sexual activities in romantic relationships, especially for men.

So, when, as a man, you find a woman who functions beautifully as a financial adviser, a partner, comforter extraordinaire, and at the same time, a tigress between the sheets, my man, you’ve struck gold.

When you find yourself a woman to whom you not only comfortably bare your soul in deep conversation, but with whom you also [ahem] get intimate ‘deeply,’ better not let her go.

There, in your hands is a jewel you might never ever get a better replacement for.

She lives for you
Are you with a woman who puts you at the top of every list she has in her life?

Have you met that woman who doesn't cheat, doesn't make you feel less of a man, and doesn't ever make you question your place in her life?

Do you have on your hands a woman who loves you so much that her life seems to be built all around you?

There is a woman who lives for you, and is ready to do a lot of things for you.

There, mister, is a woman you would be crazy to let go.

For the single men reading this, you'd be lucky to have a woman who has all these things.
And for those who already have such women, you smile as you read these words because the hints are all there.

You've found yourself a keeper, and you should hold on to them. Forever.