5 Things You Need To Shield Your Sons From 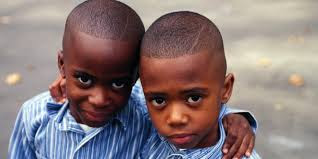 You already know the world is a scary place and you're doing your best to shield your child from the dangers that could damage him.


However, there are many dangers people perceive as innocent. It is this perceived innocence that makes these threats all the more critical. Ponder how each of these may be impacting your son:

1. Sleepovers
Most of the time, sleepovers are a great time. However, they actually hold too many potential dangers to count. For example, sleepovers expose boys to the vulnerability of peer pressure. Generally, parents go to bed, leaving kids unsupervised which allows them to get involved in all sorts of shenanigans. Sometimes these shenanigans are harmless, but other times the stakes of midnight ventures can result in terrible consequences such as lost confidence, arrest or physical harm.

But not only do sleepovers leave your son vulnerable to peer pressure, they also leave him vulnerable to assault. You don't know every parent, sibling, cousin or friend who might walk into that house. Even if you do, you probably don't know them as well as you think you do.

While you probably want to allow your son to attend portions of the sleepover party (such as breakfast or some of the evening activities) he's just safer sleeping in your home.

2. Sexism
Sexism is a hot topic with girls and women, but we often neglect to see the effects that it has on boys. Telling your son to "be a man" isn't really telling him to be a man at all. In fact, you're telling him to repress who he really is in favor of societal gender norms.

Expecting your son to live up to macho standards of masculinity can negatively affect who your son becomes. Studies show that suppressing "feminine" characteristics in favor of culturally defined "masculine" traits can cause aggression, lack of respect for women, an inability to deal with emotions in a healthy way and mental health issues, all of which can induce even graver negative outcomes.

Being a man can encompass strength and independence, but a man can also be kind and sensitive. Let your son "be a man" by expressing these characteristics and attributes. Let him cry, play with dolls and express his feelings. Essentially, free your son of gendered stereotypes that might not apply to him by allowing him be himself.

Teach your son that he is in charge of his body and that no one should be allowed to make him do something he is not comfortable with. You can give your son the option to wave, handshake or high five, in addition to hugging and kissing. Most likely, he will choose to hug and kiss people he loves (in general, kids are naturally affectionate) but by giving him the choice he will learn that no one can tell him what to do with his body.

4. Pornography
For some reason, culture has decided that it's acceptable - even normal - for boys to look at pornography, but this cultural norm can destroy your son in many ways. Did you know that while many people believe that pornography is helpful, when it gets down to scientific studies, pornography has repeatedly been proven to reduce brain capacity, cause body image issues, increase violent behavior, cause anxiety and depression, limit problem-solving and decision-making abilities, incite addiction and lead unhealthy relationships? With so many negative consequences attached to pornography, you should take care to protect your son from them.

Educate yourself on the impacts of pornography on viewers and the world, and have open conversations with your son about how it harms himself and others. Teach your son how to avoid pornography, how to handle situations where he encounters it and what to do with the feelings attached to it to help him combat its corrosiveness.

None of this is news. However, what is news is that researchers are suggesting that instead of trashing the tube completely, parents should help children make better choices about what they watch. This means parents should review rating systems that specifically indicate a movie's content, watch with their children when possible or using streaming services that only publish wholesome television shows and movie