6 Celebrity Baby Arrivals Of The Year 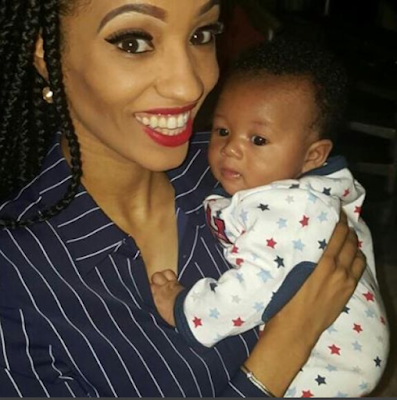 
Here's a look at some of the celebrity babies born this year:

1. Di'ja
This one caught us all by surprise! Aphrodija and husband Rotimi welcomed a baby boy back in June.
Confirming the news, the Mavin artistes shared a cute video story on Instagram today, July 1, 2016.

2. Chimamanda Adichie
Adichie who debuted her baby bump at a writing event in Lagos in an interview with Financial Times back in July announced she is now a proud new mum.

According to her, she hid the fact that she was pregnant and had delivered her baby because she wanted it to be personal.

The '53 Extra' host welcomed a baby girl in a London hospital.

5. Seyi Law
Seyi Law and wife Stacey Aletile, welcomed their first child on Saturday, October 1, 2016, after five years of being married. The couple welcomed their bundle of joy in Maryland, USA.

6. Bez
The birth of the singer's new baby came two years after his marriage to his wife, Bolatito. (Bez Instagram)

Bez welcomed his first child with wife, Bolatito, after two years of marriage this year.

Bez shared the news of his wife's delivery on Sunday, July 17, 2016, on Instagram. He wrote, "God blessed @titoidakulaand I with a King! #grateful #greatness#blessed".