7 Reasons Your Man Has Refused To Propose 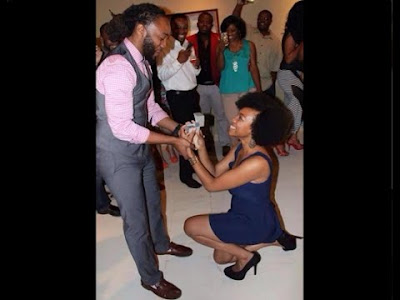 So you’ve been dating this man for a while. Everyone knows you’re together, your friends and family are tired of waiting for you to announce your engagement, so they can come and eat Jollof and dance.

1. He has a Side chic that’s chopping all his money
While you’re there trying to form wife material and prove that you can manage money, someone else is using his money to buy iPhone 7 and all the latest weaves in town. Of course, he can’t afford a wedding.

2. He’s just a broke ass
If you’ve heard him say things like ‘weddings are just a waste of money’, and ‘why do we need a certificate of marriage to validate our love?’ He probably does not have any money and is trying to con you into saying you shouldn’t married or having a wedding.

3. He wants to ‘test’ you first.
If you insist that you plan to stay a virgin until marriage, and he has not asked you to marry him, he probably just wants to sleep with you first.

4. The people who comment on Joro Olumofin’s page told him you’re not wife material
Think back to the last time you had a huge fight, he probably shared the details of the fight with Joro Olumofin and the wise people of Instagram advised him not to marry you.

7. He thinks you’re high maintenance
If you have grand plans for the wedding of your dreams, he might be intimidated by it all. In his head this is how you look:
at 7:30 AM