7 Types Of Women Men Hide From 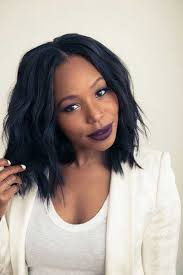 Many women don’t realize is it’s very easy to accidentally sabotage your relationship — you don’t need to hack into your partner’s email or boil his pet rabbit to raise a red flag.

Rather, simply acting like one of the following will more than do the trick:

1. The Ball Buster
The typical “Ball Buster” seeks control of the relationship by putting her man in his place … repeatedly. She views herself as a “problem-solver.”
Though she has noble intentions (sometimes), constantly telling her man his way is the wrong way isn’t so much noble as it is infuriatingly annoying.
By trying to control him, she undermines his thoughts, wishes, and, perhaps most importantly … his sense of competence. All of this robs him of something each man holds near and dear: his masculinity.

2. The Mother
“The Mother” does exactly what it sounds like — she mothers her partner.
She dotes on him, she fusses and worries, she believes he can do no wrong, perhaps she even picks out a sailor suit and knee socks for him to wear on the first day at his new job. She also preoccupies herself with the emotional barometer of the relationship.

The “Mother” puts all the relationship (all the joys, all the sorrows, all the ups and downs) — on her back. She puts pressure on herself and herself alone; it’s her duty to make the relationship work. She’s constantly wondering how he’s feeling, where she stands, and whether he is okay and what she can do to fix it. The problem with this role is two-fold. First, a girlfriend or wife who acts like a man’s mother will lead him to rebel.

After all, that’s what children do. Second, it’s unfair for a woman to baby a grown man! She might not mind it initially, but it’ll only lead to resentment down the line.

3. The Love Vixen
“The Love Vixen” is a charmer, forever able to draw men into her waiting arms. She does this by defining herself with her sexuality. In other words, she controls her mate with sex. The reason this sabotages a relationship is because she’s essentially manipulating and blackmailing her partner — if he wants sex, he must do what “The Love Vixen” wants.

And, it’s safe to say: Any relationship based on blackmail probably won’t remain successful for long.

It may sound romantic, easy and productive, but it only works for a little while. In the long run, a damsel can’t always be in distress (unless she stars in several Lifetime Movies) and the man can’t always act as the hero. It’s too exhausting — and unrealistic — on both fronts. In the end the man ends up resenting her for her incompetence.

5. The Tease
Most of us, at one time or another, have known a tease, the type of person who teases only to pull away before she seals the deal. Though this isn’t necessarily sabotaging in moderation, overindulgence leads to feelings of frustration. Like actual teasing, it’s fun at first, but then it gets old real fast. Too much teasing builds a wall between two partners, a foundation they can’t surmount because of a disconnect.

He feels unsatisfied, inadequate, and she feels lonely — both partners feel as if they can’t express themselves openly and honestly.

6. The Accountant
“The Accountant” focuses on the equality of a relationship — the complete and TOTAL equality. A woman in this role may keep track of who pays for what and when (some may even track it to the dollar amount or take into consideration each other’s respective salaries). The problem here is that relationships aren’t business; they’re pleasure.If they’re not seen as enjoyable, intimacy will fall by the wayside and love just becomes collateral damage.

7. The Princess
When a woman plays the role of “The Princess,” she cares less about love than she does about being adored and put on a pedestal. To put it simply, “The Princess” wants to marry a man who views her as a trophy wife. Women who adopt this role aren’t only robbing their significant other of happiness (as their relationship is empty and for show), but also robbing themselves, taking away a chance at real love and connection.

In the end, every woman has played one of these roles (and men play their own roles, as well).

On occasion, falling into these roles probably won’t affect your relationship much at all. However, playing them repeatedly destroys relationships until there’s nothing left to ruin.
at 10:30 AM