6 Things You Probably Don't Know About 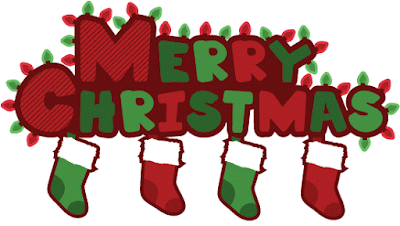 There was a time when early Christians didn’t celebrate birthdays at all, let alone Christ’s, believing birth celebrations to be little more than “pagan” practices. Clearly, there’s a lot we don’t really know, or have forgotten, about how the modern Christmas came to be.


Scroll down to learn seven surprising facts about Christmas history and traditions:

1. The first recorded Christmas celebration wasn’t until 336 A.D.
For the first 300 years of Christianity, the church did not have a feast day set aside to celebrate Jesus’s birth. It wasn’t until 336 A.D. that December 25 first showed up in records as a holiday commemorating its founder’s birthday, listed in a Roman almanac on Christian bishops and martyrs.

2. Some Orthodox churches celebrate Christmas in January.
Some Orthodox churches, including the Russian and Greek Orthodox and Armenian Apostolic Church, celebrate Christ’s birth on January 6 and 7. These churches use the Julian calendar — rather than the Gregorian calendar, which most of the rest of the world uses — which accounts for the 13-day discrepancy between the two Christmas dates.

3. The Puritans despised Christmas.
The American pilgrims followed in the footsteps of Oliver Cromwell, who took over England in 1645 and worked to ban Christmas in an effort to weed out decadent traditions. The pilgrims similarly looked down on Christmas as an indulgent British custom and outlawed it in some places. In England, Christmas once more became widely celebrated after the monarchy was reinstated in 1660. But it wasn’t declared a federal holiday in the U.S. until June 26, 1870.

4. The Christmas tree tradition emerged in the 16th century.
Roman pagans had long decorated their homes with evergreen boughs to represent the cycle of life that persists beyond the cold winter months. Whether that traditions carried over into early Christian homes is unclear. But by the 1500s, the evergreen tree had emerged as a symbol of Christmas in Latvia and Strasbourg, according to Christianity Today. Some sources also cite Germany as an original home to the Christmas tree. The tradition spread to the American colonies in the late 18th century with the arrival of European immigrants, but most Americans considered the decoration to be a pagan symbol until much later.

5. St. Francis invented the nativity scene centuries after Jesus’s birth.
St. Francis of Assisi is credited with staging the first nativity scene in 1223. According to a biography of the saint written in 1263, St. Francis set up a manger complete with hay and two live animals in a cave in the Italian village of Grecio. He then invited villagers to visit the installation as he preached about “the babe of Bethlehem.” Nativity scenes, or crèches, eventually spread throughout Europe and the rest of the world and can be found in many churches and homes around Christmastime.

6. Writing “Xmas” is actually theologically sound.
The Associated Press advises against using the abbreviation “Xmas” when writing about Christmas, but doing so is actually perfectly acceptable, theologically speaking. The Greek letter X, or Chi, is the first letter of “Christ” andserved as a stand-in for Jesus’s name dating back to at least 1100. In 1551, Christmas was known as “Xtemmas,” and eventually it was shortened to “Xmas.”
at 10:00 AM